Town administrator, Shaun Suhoski, would like to receive proposals on just how to improve Main Street (Route 20) from New Boston Road to Brookfield Road (Route 148).  They are estimating the cost of planning of the improvements to be $120,000.00.  This signals some serious planning.

I could say, "Shaun, me lad, read the past five years of this blog, and take notes", but let's assume that the TA has no clue this page exists, and has never read any of the input, suggestions, comments, and postings concerning improvements along the corridor from New Boston Road to Route 148 that have been made over that past 60 months, or so.

I will list the Top 21 here, and hopefully the TA will add them to his list.  I believe many of them are on his "To Do" list already.

These are just a few of the ideas we have all had over the years, and have made them know here.  Many of the ideas are from the 1988 Master Plan.

The list above is not a wish list, but a needs list.  All the items on the list are needed to be done, not "wouldn't it be nice" kind of things.  Without a face lift our town will continue to loose its shine, and will take on the luster of a town not cared for, or about.

The request for proposals is very encouraging.  I wish Mr. Suhoski, all the best in implementing the proposals into a grand plan for our town, but he can not do it alone.  He will need our input, and support.

Now, I am sure I missed a few things in the list above; what would you propose?

From the Worcester Telegram

STURBRIDGE —  Sturbridge is seeking proposals to develop a conceptual improvement plan for a two-mile stretch of Main Street.

“Sturbridge has seen a resurgence in new and re-investment along its commercial corridors over the past 18 months,” Mr. Suhoski said. “The focus of this study will be to support and re-invigorate the traditional commercial tourist area along Main Street while enhancing the gateways to the community.”

At the eastern gateway, selective demolition and asbestos removal have begun at a vacant hotel.

Plans for a new Holiday Inn Express were approved for the site several years ago, but the property owner has begun talking with the Planning Board about potential zoning adjustments for a restaurant and small bank branch on the site as well, Mr. Suhoski said.

And at the western gateway, some have shown an interest in a commercial redevelopment of a former mill site at Holland Road and Main Street, Mr. Suhoski said.

“The potential for keystone developments at each gateway location is very favorable if developers work with the town planner and planning board to meet the town’s vision for these areas,” Mr. Suhoski said. “Local officials realize that an open dialogue with the business sector to achieve the best possible development is also good for the residential sector, its tax base and local employment. Sturbridge is open for business.”

Is There Anybody Out There?

Why, after more than 50 years of the MassPike bringing travelers from the east and west to our door step, and a bit less time for I-84 routing drivers here from the south are we essentially in the same place we were in 1972, and before?

Yes, our infrastructure has changed  bit over the past several years.  A bridge was rebuilt on Haynes Street.  Route 20 was widened 20 plus years ago, as was Route 148.  Route 131 was rebuilt over the last couple of years.  A new High School, a new elementary school.  Restoration of the Town Hall, and the Center School.  A new water treatment plant.  These are all great accomplishments, but the town itself, the view offered to visitors has changed little, and is ignored.

Currently, we are a place to drive through on the way to the Village, or a restaurant, nothing more.  I love the trails, but we are not anywhere near the point of attracting throngs of hikers to our town.

We need to admit to ourselves that major improvements are needed immediately, and put teams of people into office that have the same vision.  People that will be strong leaders, and work towards our resurrection.  An agreed upon agenda, and plan, to develop this Pot O' Gold we call home.

Currently, since there is little movement in that direction I can say we don't have the leaders that see Sturbridge's resurrection as a priority.  They may wish, and dream that it may happen someday, but they don't have the ability to take us there.  No fault of their own, we just need people that have that ability, and desire.

Is there anybody out there willing to work in this direction?

I think we have decided on the latter by default.

A few days ago I received a comment about the round building on the former Hebert Candy property.  The gentleman writes a blog about old, abandoned "Americana" (http://backsideofamerica.blogspot.com/).

He asked if I knew anything about the building, and since I didn't, I am asking you.  If you know the history of the round building, drop me a note, and I'll share it here.


Now, the rest of the story.

I drove to the round building this morning so I could take a few photos to post here.  As I was driving across the bridge over I-84, and approaching the former Hebert Candy Property I had an epiphany.  What if the town, or the Chamber of Commerce, purchased the buildings and land and turned it into a Gateway to our area?

The property has been empty for several years now, although it was supposedly sold to a laboratory from Southbridge last winter the For Sale sign is still up.  It looks as though a gallery has set up shop in the far end of the main building.

The property has everything one could ask for.  The main field stone building could not only be the Chambers headquarters, but could also be a great information center, a gift store selling local items, and possibly a small restaurant as well.

The rustic building at the other end of the parking lot could be the headquarters for Trek Sturbridge, and offer trail maps, outdoor books, supplies, canoe, and bike rentals rentals.

The round building in the center of the the three buildings could be a small museum with displays telling the visitor about our areas history.


Imagination.  Sometimes all it takes is a bit of imagination to spawn an idea, and then the good sense to pass it on to another with a talent for taking the idea a bit further. Those talented folks will  then refine the idea, and bring it to life.

I had the epiphany, and now I am passing it on to those with better connections, and  skills to explore the idea further.

Now, split up into groups, and talk amongst yourselves, and get back to me.

Description: Prime 2+ acre Site at River Road and Rte 15 across from I-84 Exit 2. THE Corner location on the Rte 15 Corridor! Formerly Hebert Candies. This timeless stone and frame construction has great character with flexible space on 3 levels for many Commercial uses. The large up-dated septic has expansion potential. Town Water. Plus 620 sf frame office/retail and a 1230 sf round building ready for rehab or more parking. Sale subject to permits. List # 71075282 @ 2.36 A. Commercial land at 6 River Road. 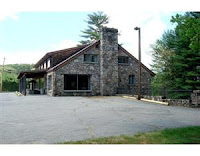 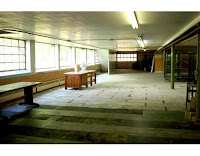 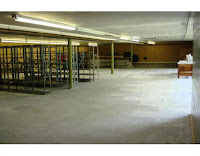 A Place Unlike Anyplace Else

If the Route 15 area is ever to be developed to the extent where it will make an impact on  the tax roles here in Sturbridge we need to stop banging our heads against the wall, and hoping for a result other than pain, and a hole in the wall.

The area along Route 15 has land enough to build on. Some of the land is protected conservation land, some of it isn't.

The land is at the junction of TWO major interstate highways, one a north-south route, and the other an east -west route.

Thousands travel this route daily on their way to destinations other than Sturbridge, Massachusetts.  We should change our name to Bypass like in the old comic strip "Kudzu".

These routes are a goldmine.  They have been in our midst for 50 plus years, and we have done very little to exploit them.  Actually, other than a sign, or two, telling drivers where Old Sturbridge Village is, or where Jellystone Park is located, there is very little.

Look at Kittery, and Freeport, Maine, and North Conway, New Hampshire.  Has development helped their areas?   Do you remember where they were before they encouraged development?

OK, the land is there, the taxes are needed, and business growth is a good thing, so how do we accomplish it?

How do we sell it?  Offer them tax incentives, water and sewer service to their facilities when they build, and our willingness to work with the developers.

What do we ask of them in exchange? A little help with the infrastructure around the development.  Road improvements, traffic lights, and other improvements to support the development, and the numbers of people that will visit it.

You need to keep in mind that there is probably no other location anywhere in New England like ours.  A short drive to New York City, an even shorter drive to Boston, and to  any of the other New England States.

The amount of money that would come into our town in the form of spending would be enormous.  Taxes paid to the town would be fantastic even if an incentive was given.

The Shepard parcel, and a betterment fee?  The amount would be paltry compared to the money coming in once the flow was begun.  Get over the betterment fee.

Imagine, an area of undeveloped land at the intersection of two interstates at the border of two wonderful states that sees thousands of travelers whizz by hourly.  Now, imagine the people that have the foresight, vision, and ability to take this to the next level.  They are all around us.

Enough talk.  We need the type of take charge people that can make us a destination for many more than currently come to town.

Opportunity has been  served to us on a silver platter, and it has been sitting on the table for far too long.