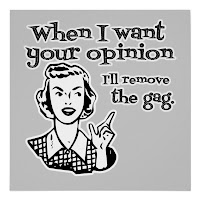 Parking is something that Sturbridge lacks, and has lacked for years.  In the 1988 Master Plan a call for municipal parking was listed as being a necessity, and the subject has come up over the years as businesses were not able to do business without more parking.  There have been parking "wars", such as the one between the old owners of the Whistling Swan, and the owners of the Boardwalk Plaza next door.  The old owners are long gone, but the sentiment, and signs warning of Whistling Swan parking at the Boardwalk Plaza remain.  I don't have a clue as to why an agreement cannot be worked out.  A lease, maybe?

Today, T,J. O'Brien's is feeling the parking pinch from its next door neighbors, as well.  The new owners of the old Basketville building are locating their dentistry practices in the recently refurbished building, and plan to lease the remaining portions of the building.  A restaurant is planned for the lower level of the building.  The current parking lot, owned by the dentists, had been used on occasion over the years, by agreement with Basketville, for overflow parking at T.J's.  Even when Basketville was no more, T.J.'s maintained the lot, insurance, and parked their over flow in the lot.

Recently the new owners of the Basketville building erected a sign at the entrance to their lot warning that only parking for their building was allowed, and that violators would be towed.  It also stated on the sign that video cameras are being used.

I understand both sides, but the owner of the lot has say as to how the lot is used, and they have chosen to have the lot service their property.  Nothing wrong with that, they own it.  Would it be nice to allow some overflow parking from TJ's into the parking lot?  Yes, but business is seldom nice.  Business is business, and if the restaurant that will open at the old Basketville building takes off, then what?  Where do their customers park?

Comes back to the need for municipal parking in town.  Some towns have bylaws mandating the use of privately owned downtown parking lots to be accessible to all, but most have a lot set aside for public parking.  Even then, there would be some walking after one parks.  We are a town that is spread for a few miles along Main Street, and one lot would not be enough.  Until that happens we can expect more parking drama, and that does impede businesses, and growth.

The Sturbridge Tourist Association (STA) is pleased to announce that it is seeking proposals for community events in celebration of the town’s 275th Anniversary. Please distribute the attached letter and application to your contact list. Various media outlets are being contacted this coming week, so if approached, please be prepared to answer any questions.

There is $20,000 set aside to pay for such events, and the STA will accept applications that commemorate Sturbridge’s special day through fun and exciting activities. We invite all people from the town, such as church, civic and senior citizen groups, Boy Scouts, Girl Scouts, non-profits, and businesses, to organize and present these activities – all applications will be considered.

There must be a multitude of ideas out there and we can’t think of a better way to celebrate than to invite our residents – the people who live here and make Sturbridge what it is – to make it happen. The Town Common has been reserved for celebrations during the weekend of June 22nd and 23rd.

Gather your friends and family around you and give every resident a birthday gift – let’s celebrate this place we call home.

For a copy of the application for funding of events click here.
Scribbled by Wally Hersee on Sunday, February 24, 2013 No comments: