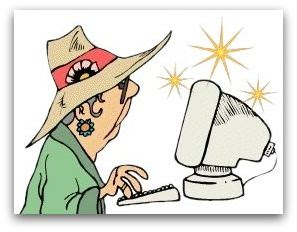 Well, Harry and I drove north this past weekend and stayed in Sturbridge again. Let me tell you that so much has changed here since we last stayed here back in 2008!! It is a whole new place! First of all we had the traffic to contend with on I-84, seems like everyone was getting off at the Sturbridge exit!
Remember when we all came here back in 2004? And remember when we got off the interstate and headed towards Sturbridge Village, well that big plot of grass between the east and west bound lanes of Route 20, you know the place, where Harry hit the skunk, well it is like a golf course now!! All sorts of trees planted and bushes. It's so pretty, Blanche, and then there is nice "Welcome to Sturbridge" sign smack in the middle of the grass with flags on both sides and all lit up with spotlights. the whole thing is surrounded by the cutest little split rail fences, just like at Old Sturbridge Village. Blanche, it looks so pretty! And, a little further up, on the right, there is a lake!!! where the heck did that come from, Blanche?? But, I was told it was always there, but hidden in the trees. They took all the scrubby trees down and it was like raising the curtain on opening night! Voila! A beautiful lake right in the middle of the town!! Who'd have figured that?

Well, we drove to our hotel, and let me tell you the town looks like the folks from Disney came in and did a makeover. First of all there are the nicest old fashioned street lights on both sides of the street as far as you can see. The crosswalks are made of bricks and sidewalks are now wide enough to handle my scooter. No more telephone poles in the way anymore, and having to drive that thing out into the road.
We drove into the hotel parking lot and checked in to our rooms. The hotel was filled, and it wasn't even a holiday weekend, or a convention in town! We were so lucky to get a reservation when we did back in February. The girl at the desk told us it is like that all the time now, so we booked again for the spring right then and there!

Let me tell you all about the other changes around there. First of all the Basketville store is gone. I was disappointed till I went inside the new place, and it is one of those specialty grocery stores and a bookstore now. All sorts of natural this, and organic that, and there was even a place to grab a cup of coffee and sit outside and read the book you just bought!

Let me back up a little bit. You know where the Friendlies restaurant is, right? Right beside that there is the most fantastic little shopping place. It used to be a motel and a part of Old Sturbridge Village, but now all the little motel buildings are shops. There are art galleries, a pottery store, a store with nothing but bronze art work and statues, and a linen outlet store where we bought a quilt for the guestroom. Harry got lost in a store that sold weather instruments while I walked around outside. There was a small band playing under a gazebo, and there was a so many people just sitting around at these little tables having a cold drink and listening to the music!
It is amazing how much the place has changed!! You and Mel have go to go there!!!
After we listened to the music, Harry and I walked along the main street and there on the side of the road was a new footpath. It led to the river. Did you know there was a beautiful river running behind all those buildings on Main Street? I didn't!! They've been hiding it, but now this little trail takes you right to it, and there is a an area with picnic tables and benches set up right on the waters edge with grass, and a little bridge that crosses the river to the other side. The signs on the other side give directions to a long trail back to the Old Sturbridge Village, or the other way to a new group of stores and restaurants at this place called the Mill Pond. We walked down to it, and what a wonderful sight it was seeing this old mill building from across the pond all redone!! There was a large deck outside with table and umbrellas along the pond just above a waterfall! Blanche, they even had a waterfall!! Another little bridge took us across the waterfall to the Mill building and we wandered around in all the shops for over an hour. Finally, we sat out on the deck and had the best lunch!! There were swans on the pond and ducks with all their babies. It was so peaceful!!

The stores at the mill pond are right at the intersection route 20 and where Route 148 starts. There is another large sign welcoming people from the west to Sturbridge. The place is so pretty now, Blanche!

Well, I got to go, Harry is home from golf and is telling me that the golf course in Sturbridge is now 18 holes and he wants to book another trip there before the snow flies.

Comments are now closed on this post.
Scribbled by Wally Hersee on Wednesday, September 03, 2008