Zen And The Art Of Local Politics 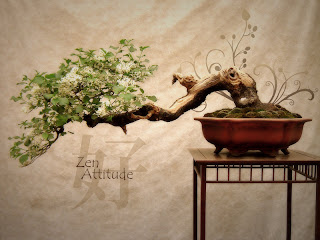 Sometimes I feel a need to address some of the comments left after some of posts, but I refrain, and let them grow on their own.  It works well.  Then there are times when I am drawn to respond to a general feeling I get from those comments.

Today is one of those times.
Seems that there is a general sense of frustration going around, and as with most symptoms, it can only get worse  before it ever gets better.
With most towns, there is always a certain amount of frustration that is around.  When there are a variety of opinions, and one of them is the one that wins out over the others, there will always be those that are frustrated to a point.  Real, deep frustration comes from this scenario happening over and over again.
A lot like the Red Sox felt for eighty six years.
It's that real, deep frustration that  I am feeling here in town from the comments that are being left.
I know the feeling.  I can get frustrated, too. I can get frustrated about local things, job things, family things, national things.  A  lot of things can frustrate me, but, they don't.  Not much, and those things that do, I have learned to deal with for the most part.  Sometimes effectively, sometimes I could have done better.
Now, I am not some "better than thou" guy.  Far from it.  I've just learned, over time,  that some things I have the power to change, and other things I don't have the power to change.  Sort of like a little Serenity Prayer playing in the background to make things clearer for me.  You know the one...
God grant me the serenity
to accept the things I cannot change;
courage to change the things I can;
and wisdom to know the difference.
It's that "wisdom to know the difference" part that took me some time to get right.
Now, I don't mean to get all spiritual on you.  Not at all.  It's not only a prayer, but secular sage advise as well.  Whatever team you are playing for, the words mean the same.
The ability of being able to change something is not only based on where your head is at, but on who you are, if you wield any power, if you are respected, or if you just intimidate people.  Both work, it's just one is a better way than the other.  Now, depending on where you stand in the scheme of things will depend on how much you can influence change.
So, for those out there that are frustrated by events, it's OK, just redirect the energy spent on being frustrated elsewhere.  Maybe towards something that will evoke change.
Start small.  Attend a meeting of a board, or committee.  Listen.  Maybe the next time say something.  Speak your mind.  You will feel something, and it won't be frustration.  It will be accomplishment.  Frustration, in a different way, will definitely come, but you now know how to get over it, and to change it.
Redirect the energy.
Be Zen like. Moving on does not mean giving up.
Think on it, then see what happens.
Scribbled by Wally Hersee on Wednesday, October 06, 2010