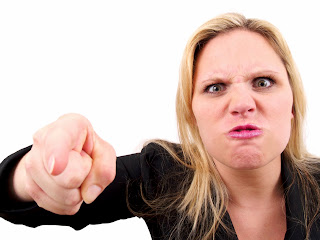 Small town politics, or big city politics, it's all the same.  When one party feels slighted, rubbed the wrong way, poorly represented, or they feel another could do a better job, they voice it.  Most often those voices are what one would expect: voices of disagreement.  Then, there are those that have more of an agenda.  When those that have more of an agenda begin to voice their opinion, then those opinions stop making sense, and become rants.

Fortunately, those that rant, and make little sense as they do, are few.  We can give them their moment at the pulpit, and hopefully they will feel sated, and move on. We can try to tune them out.  In the end, when tuning them does little, we need to be a bit more aggressive.  This morning I took that route.

This morning I received several comments for the posting submitted regarding the Tantasqua School Committee.  Each of the comments were written by the same person.  It's obvious.  Same lack of punctuation, same syntax, same tone, same anger.  This kind of response is not what one would expect from a posting about how a school committee remember is replaced.

There is more to it.  These are personal attacks, and the this blog is not the place for that.  The opposing views can be worded harshly, but opposing views are expected, and accepted.  So, every once in a while, the comment section of a particular posting is closed when I find that intelligent rebuttal has come to an end.  On this particular post, the time may have been several days ago, but I waited until this morning.

If you are passionate abut an issue to the point of becoming emotionally overcome by your passion, then use that energy to effect change, otherwise all that energy will continue to build up inside you, and eventually your head will explode.

It's summer, time to chill.  Pull up a chair in the shade, invite "Mike" or "Sam" over for a bit, take a deep breath, and let out the demons.  You'll feel better, and the perspective you find from the different angle may be the start of a different approach.  It is well worth it.  You look far better with your head intact.
Scribbled by Wally Hersee on Thursday, July 14, 2011