One Side Does Not Make A Story; Let's Hear The Rest Of It

I've seen this kind of behavior in town before.  At the moment I don't know exactly who is  at fault, if anybody is, or is it just left over emotional collateral damage from this summers appointment to the School Committee by the Board of Selectmen against the wishes of the School Committee.

According to the School Committee they submitted an article that was to be placed in the town warrant that would have changed the procedure of how vacancies on the school committee would be filled from now on.

“The Board of Selectmen can put it on the town meeting warrant,” School Committee member James P. Ehrhard said. “They did not do it this time. There is no reason to think that they will in June.


The above quote from the Worcester Telegram  was included in an article by Craig Semon.   The article referred to the appointment of Ms. Waters to the school committee by the BOS, and that that particular action, against the school committees wishes, may be the reason the article, submitted to the selectmen for inclusion on the town warrant, was not placed on the warrant.

So far, it is a lot of he said, he said.  What's missing are some facts, and some other voices.

See, if one is going to make an accusation that the BOS did not add the article to the warrant, and they may not later in 2012, then it lends a nefarious air to the matter without it actually being said, and maybe that is on purpose.  One school committee member did state that in all his years as a selectmen in Wales he could not imagine the BOS denying any other board the right to place an article  on the a warrant.  We don't really know if the BOS denied the school committee from the information we have thus far.

So, the School Committee is upset that their article was not included in the Warrant, we get it, but we still don't have answers to the questions above.  Those answers will add much more to the story.

Oh, and another thing, the article does not have:  an interview with the Sturbridge Selectmen. 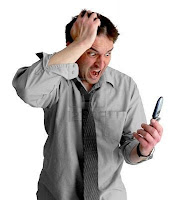 Seems that the article was written without completing some basic interviewing.  It is almost as if someone was ticked off, called the reporter, vented, and the reporter wrote the story way too late in the evening to corroborate it, and then, simply emailed it to his editor.  The result was what I read this morning.  A one sided, incomplete story without a word from any member of the Sturbridge Board of Selectmen.  Very obviously one sided.  Intentional or not, still poor form.

In all fairness, no matter how one feels about the situation now, or last summer, we need to hear from the BOS before we can get a true feel for just what happened.

Now, that being said, if the BOS does explain themselves well, then fine, let's move on, and take it the next step in the process.  If the BOS doesn't want to talk about it, gives reasons that are not acceptable, some multi-paragraphed double speak, or just silence, then we can all be a ticked off,  do some venting to the press.

Getting pissed off is only therapeutic, and beneficial,  when all all the facts are in, otherwise one just looks silly.

Believe me, I don't need any outside help in that department.