Just how would a casino in Brimfield affect us?  Well, it wouldn't affect us directly, except for the bump in traffic along I-84, and the Pike.  Restaurants, and shops won't feel an explosion in business unless folks that are going to the casino plan on doing some exploring before hand.  This would be doubtful since besides the destination, there is little else on the mind of a car full of people en route to a casino other than the casino.  After a visit to the slots, they, or their bank account may not be in the mood to stop by Old Sturbridge Village, either. 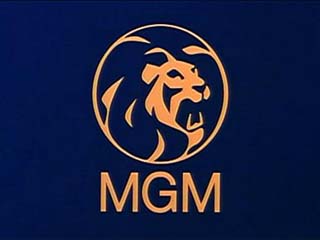 All the effects would all be indirect, but substantial.

One way a casinos presence next door in Brimfield would indirectly benefit the communities around it would be in the real estate market, and in businesses that would be in place, or come into place, to support a bump in population.  Home prices would naturally rise due to the demand for roofs over the heads of the workers that would build the facility, and those that will work there after it is built.  The current inventory of homes, and apartments, in the immediate area would soon be exhausted thus stimulating new construction.  Businesses that are  in place to support the construction would flourish.

A bump up in the areas population would spur businesses to support that bump.  Supermarkets would expand, and new ones built.  Roads repaired.  More banks would be built.  Pharmacies would be built.  Large childcare facilities would be attracted to an area with a sudden rise in population.  The areas support services such as fire and police would need to be adjusted.  Brimfield itself would see those departments grow, and of course, a deal with the casino owners would help with new equipment in town, and on the site of the casino.

More people, and more businesses would mean more taxes raised in area communities.  That will make any a town administrator smile.

All in all, a casino will take a long dormant economy in Central Mass, and give it a needed shot of B-12.  Once under its influence, it will be up to the nearby communities to insure the effect does not wear off before they accomplish the things that have been on their wish list, and start the things they will need to add.

This will most definitely be the shot in the arm we have dreamed of.  We may not always like the way our medicine is given, but most often we are happy with the results.