Happiness Is One Part Perception, And The Other Part Result

If folks aren't happy, then they need to make the changes that will bring the smile back to their faces. 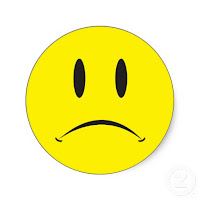 Cripes, that is just how it works.  Happiness doesn't just fall on you hoping it will stick; you have to "earn it".

So, that being said, as with most issues in town that irk the bejeepers out of us, and make us less happy, less time is spent on analyzing, and trying to understand the issue at hand, than is spent on blaming  another for their choice of verbiage, manner actions, and outbursts in relation to those issues.

Hence, we become less happy.  I have one word of support:

The issue at hand is a report about the Fire Chief, and his department.  All the other actions that have been seen, and words that have been spoken by others in relation to the Chief, and the report are not to be ignored, but let's deal with one issue at a time.  Once we are on top of that issue,  and truly understand it, not solve it, we can move on to deal with the other ongoing issue in our town.

Now, let's assume that we understand the Fire Chief situation even though I read in the newspaper that no disciplinary action would be taken against the Chief, and later learned he was to be suspended, with pay, for three days.

Oh, maybe a suspension with pay is not a punishment.  Maybe its a sabbatical.

Ok, lets move on.  We have been dealing with what comes across as one persons attempt at installing  an autocracy here in Sturbridge for several years.  Worse yet, we've tolerated it, and only blustered our dissatisfaction about it.

I read the comments in the Telegram, and here on Thinking Out Loud, and sense that the level of happiness with this ruler is low.

The behaviors are inappropriate, words are poorly chosen, and actions poor.  Sounds like a politician to me, but not a local one.  Local ones are less caustic for the simple we reason we shop with these folks in local stores, go to the same restaurants, sit beside each other at the cinema, maybe even go to the same church.  Our closeness leaves little room for escape, and most local politicians behaviors are often tweaked to the good side with this in mind.

There is a solution to this issue if enough people feel this way: Vote.

Vote for someone else.  Vote for a whole bunch of someone elses and pack that Board with people you feel will not only perform, but perform in a kinder, gentler, more humanistic way.  Then, maybe the happiness quotient will rise in town once more.

See, bitching, and moaning does not change what is.  Writing harsh comments on a blog will not do it, either.  The comments are only the symptom of what is going on.  What can fix things?

So, here's the challenge,  find others that share the same opinion, hold a meeting in someones living room, find a candidate or two, and work up a plan to take back that long table on the second floor of the Town Hall, and find happiness again.

In the meantime, someone please tell me if the three day paid leave / sabbatical / suspension / long weekend thing was a disciplinary action or not.  Did I not read the paper correctly?  Was it not reported accurately?  Or, is this more of the same 'ol, same 'ol?

I'm a bit confused, and I'm not happy about that.