Workin' On The Winter Job List, And Prayin' Hard For Spring

Winter is the time I try to plan, and complete, projects inside our home.  Painting the dining room, and living room took up a few weeks before the holidays.  Not only were the walls primed, and painted, but also the trim.  The trim color was also changed.  Just takes time.

You know how the rest of it goes -- the rugs are rolled up so we might as well clean , and shine up the hardwoods which leads to a new chandelier over the dining room table, entry light, and of course, the obligatory matching lock set on the front door.

Changed the light switches, and plates as well.  The dreaded Decorating Cascade Effect has begun..

That would be enough for the off season, however the off season is far from over so it is on to the next item on the list.  I should have taken my time, stretched things out, but I want these projects done ASAP.  Now, I just finished the next job on the
list : sort out the wiring in the basement. 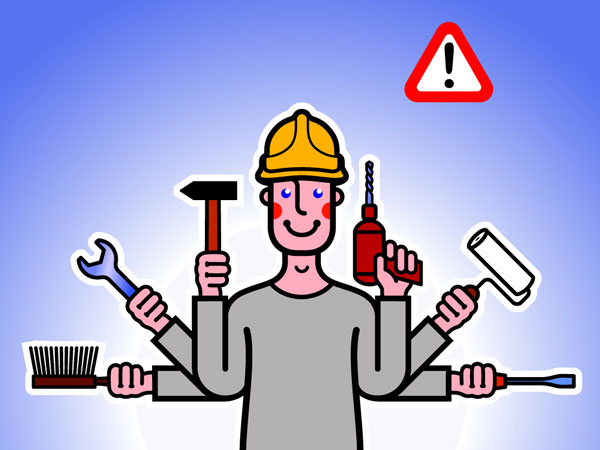 DIY projects are something I just do, and have always done.  Now, I may not always to them to a pro like standard, but I do them.  I also don't do over my skill level, and although I get a rush from doing it myself, I am always willing to hire the pro for projects beyond my knowledge, and skill.  Unfortunately, this project, as much as I would rather hire a pro, is right at my skill level.

This is what I was up against.  We bought this old house in the  spring of 2006.  There had been some good improvements in recent years, one being a whole new roof, and another was a new 200 amp electrical service replacing an old fuse box.  This is a big deal.  Lots of new wire in the basement, mixed with older armor covered wire from generations before.  One would think that when the new circuit breaker panel box was installed at the opposite end of the basement that the wires for each room in the house would be extended to brand new circuit of their very own.

Not in this case.

Yes, the previous owner had a separate circuit for each receptacle in the kitchen, but only one 15 amp circuit breaker for the dining room, living room, guest room and kitchen on the first floor.  That same circuit breaker controls the two bedrooms upstairs on the second floor, the den on that floor, and the attic. The electrician just took the circuit from each room, stuck them all in an electrical box, tied them all together with one wire exiting the box, and going to the panel.

Before the second floor bathroom was torn out, and a new one built in 2012, that room was on the circuit as well.  A hairdryer would turn off the air conditioner, and practically everything else in the house.

A few years ago I had an electrical company come out, and give me an estimate as to how much it would cost to sort out the circuits, and assign a separate breaker to each room.

The price was astronomical. I thanked the gentlemen that came, and off they went.  A few minutes after they left they called me, and told me that their estimate was calculated incorrectly, and that it would be actually half the amount of the origin estimate.

Not bad, but for the amount of work to be done, it was still more than I wanted to pay.  Far more.

A couple of weeks ago I began the process.  I traced, and marked each wire in the basement, with colored tape that electrician use just for such things, all the way from where they emerged from the ceiling to the circuit panel box.  There turned out to be five circuits that need to be thinned out including the big one that controls almost everything in the house, and if I could have changed  that one mega circuit to several separate circuits I would have been beyond happy.

I'll repair a pipe, install a toilet, paint, plant, prune, build, add a new electrical circuit, or remove an old one in our house.  I've done it all many times in the past.  One thing I won't do is take on something that is over my head.  Many DIYer's do.  So, after tracing the wires in the basement, changing out the 60 year old electrical boxes, changing out the old armoured cable where I could, I only managed to separate a few insignificant receptacles from the Mega Circuit.

Seems the main culprit cable runs up through the floor, and must branch off to all the other places at ceiling lights, wall switches, and other places I don't have access to, or a clue as to where they are.  The good thing is the load that particular circuit draws is low, although it controls the ceiling lights for almost every room.

Know your limits, and either ask for help, or hire a pro if you are ever unsure.  I've thought this one out a great deal, but I am always up for some unsolicited advice so don't be afraid of dropping me a line, or even better, a discount if you are a pro.  :-)

Part of being a good do-it-yourselfer is getting the best information on how to do something, Google the subject, listen to those that have done it, and watch the pro's as they do similar jobs.  Today, that is much easier thanks to YouTube.

Thankfully, last weekend Mary didn't sing "You Light Up My Life", and I didn't sail across the basement  with puffs of smoke coming from my orifices.

Now, it's on to the next project.  Hmm...I wonder if that wall is a bearing wall?