Just When I Thought I Was All Set

Just when I thought I had a good system going, I find out that I don't.

Charter Cable recently went all digital.  What that means to folks like us is the TV's we have in our house that did not require a cable box now do.

It was too good to last. 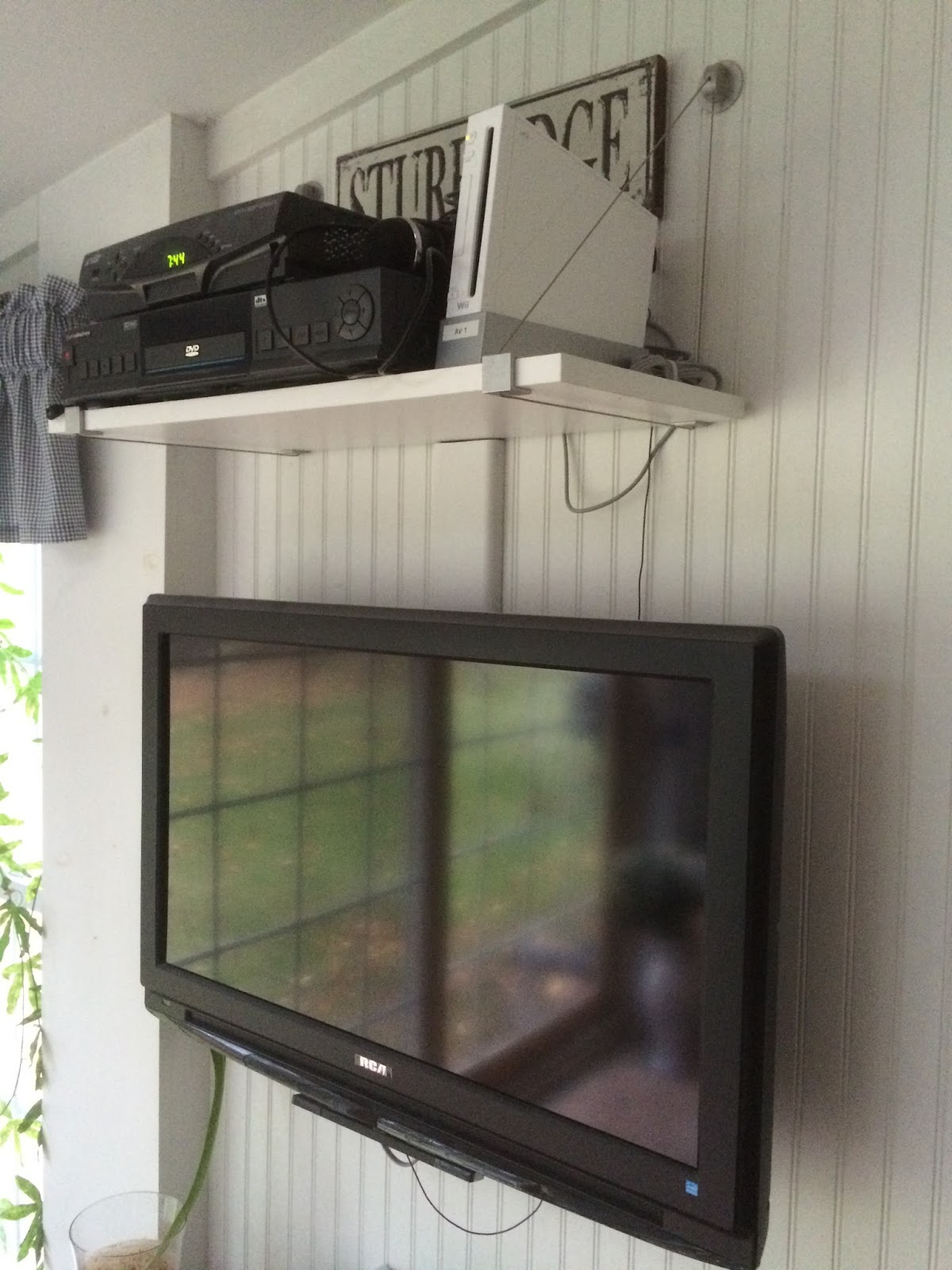 Even is it is a digital TV, it still requires a cable box.  So, the old TV in the basement we used while throwing a load in the washer, or folding the laundry is now disconnected.  No sense in paying $5.00 a month for a cable box that is seldom used.  The TV in the kitchen did need a box, as did the TV on the wall in the bedroom.  Those were boxless for years, but now I needed to figure out where to put the newly required boxes.  The kitchen was fairly straight forward, the box sits on the counter with the tiny flat screen on top of it.  The vents aren't blocked, and it works.  The bedroom was different.  The TV is hung on the wall with no place to put a cable box.  I though of putting the box on top of my bureau on the other side of the room, but Mary knocked that thought out of my head.  No, it had to go near the TV, preferably above it.

The Container Store in Natick has a bunch of neat shelving products.  I bought a shelf system there a few years ago that was simple shelf supported by a cable.  The shelf hung above the TV on the wall putting the box, Blu-ray player, and Wii console up, and out of the way.  All the cables are hidden behind a cable hiding system I bought at Home Depot.

I drove back over to the Container Store to see what other options there were for the bedroom, and found a simple system of a shelve, and two supports.  It was rated to support up to 65 pounds, and was simple.  It also cost under $20.  Come to find out the Home Depot has a very similar system, too. 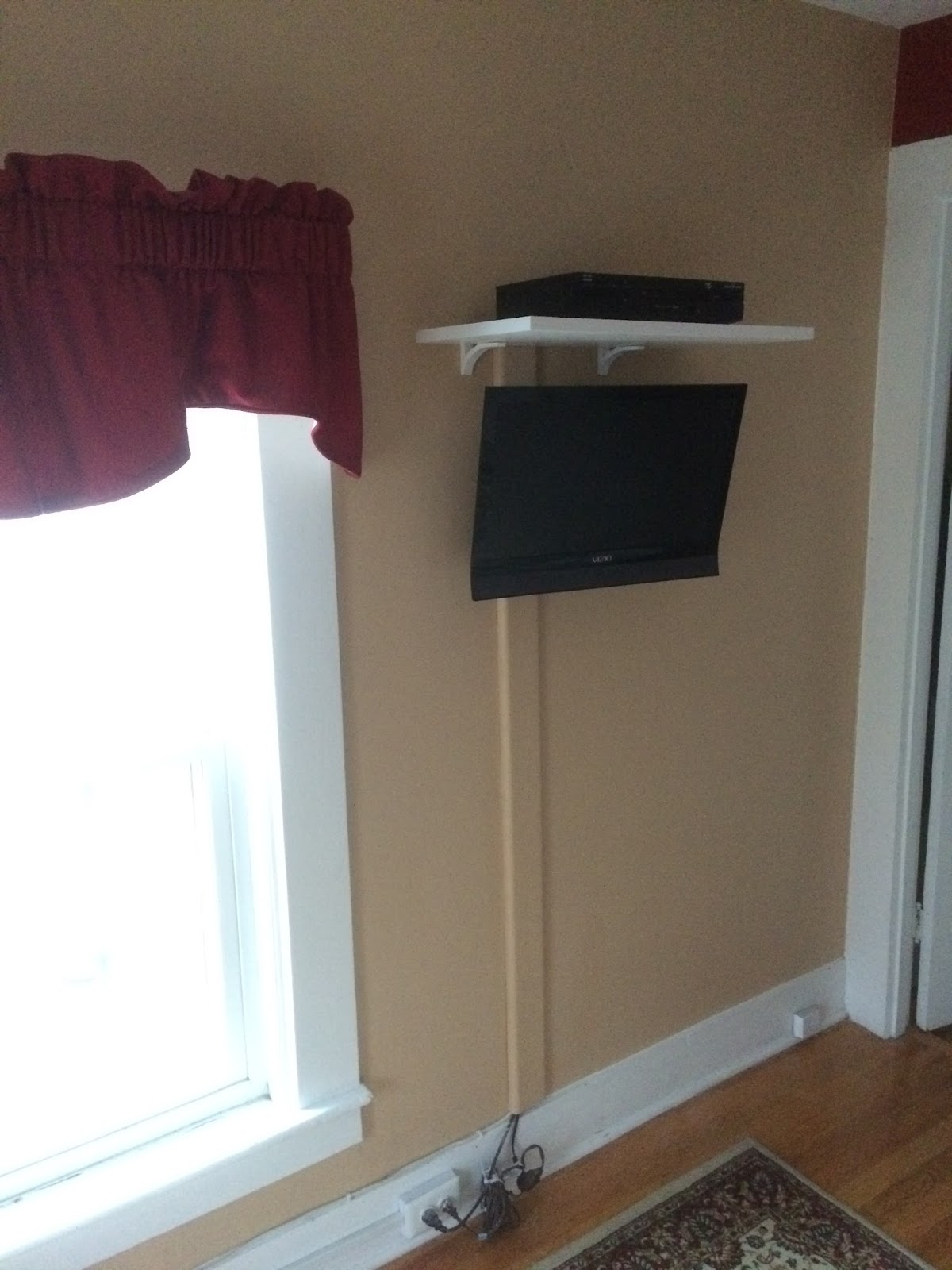 I bought the shelf, and supports, and installed them that day.  Took very little time, and Mary was happy.  The only issue was the new cable box had the time lit up on it all the time.  I never paid much attention to that on the other boxes, but in the bedroom that little bit of light is very annoying.  Between the air conditioner LED lights in the summer, the humidifier LED lights in the winter, the clock radio, the little standby LED on the TV, and now the cable box , the bedroom was lit up like Times Square.  Then I remembered reading an article about the phantom energy robbers in our homes.  One of the things that robs electricity is cable boxes that stay lit all the time.  I pushed the menu button on the remote, chose to have the clock off unless the box was turned on, and the problem was solved.  I did the same for all the other boxes in the house, too.

If you have a table to place the cable box on you are all set, but it your TV is stuck on a wall without a table in sight, then these shelves may be an option for you.

Saving a little electricity is always good, but getting that annoying cable box up, and out of the way is even better.