I Can Hear The Jeopardy Theme Playing Now 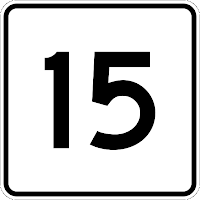 There are now ten sewer options currently before the Board of Selectmen for old Route 15.  The options were presented by Dave Prickett of Tighe & Bond last Monday night. Which one the town will pursue?  Well, which ever one they choose, it will be very telling.

From a low cost of $5 Million dollars that would include the Jellystone Park Campground, but not the retirement community, to a higher cost of $13 million for a longer sewer line to serve more residents that would also reduce the overall cost to individuals, and to an option with a much higher cost of $26 million that would include a satellite treatment facility.  This option would give the highest waste treatment to the area according to Tighe & Bond.  There are seven other sewer options in between the low end of $5 million and the high of $26 million.

The choice will be based on a lot more than just cost.  The choice will be based no only on where the current folks on the Board  see the town in 10 years, but where they want the town to be as well.  If built too restrictive, and small, the system would not be able to support enough growth to make it all worthwhile.  Build it too big, and it will accommodate a lot of growth, but do we want to grow too big?

The is a the basic "Goldilocks Conundrum".  The GC, as we like to call it here at TOLIS , since we made it up, is figuring out which option is "just right".

Hmmm.  Bring on that theme music!

I really like to watch these thing play out. How they are decided upon, and the debate leading up to that eventual decision are very telling. They not only tell us the direction the town would like to take, but where some folks would like to take the town.  That can be like winning an Oscar for for some people if they  happen to decide on the same direction  the majority of people in town would like to go, or it can be their political undoing.

It's like some rural reality TV show playing out on Selectmen meetings broadcast on cable TV, and in letters to the editor.

Ya gotta love it.

Something as simple as how involved the sewer system should be on old Route 15 can reveal so much about those making the decision.

Now, if the first option is decided on then the road stays essentially as it is.  A few more businesses. that's about it. A lot of money, a lot of work with very little return, but they have to throw it out there.

The,  second option, I listed above, is better,  but still restrictive as to how much growth will be allowed.

The third is very good, but do we want to open ourselves up to that much more growth.  On I-84?

Hell yes.  Maybe we don't need a mega project, but we definitely need one that will allow for future growth.

For 45 years that goldmine of a road has essentially been ignored by the town.  Any other town in the nation would have capitalized on a major highway interstate rolling though it decades ago.  To think we have TWO of them intersecting right in the middle of town, and with the exception of a few roadsigns long covered by tree growth, we have done little to snatch that traffic off the highway, and lead them into our  businesses.  More businesses on Route 15, off I-84, would not only be a convenient location for people with a destination in mind, such as a sports complex, but would be a great place for businesses that would serve travelers as well.

The area is out of the center of town, and, essentially, in the boonies, so the traffic impact would not be felt up near the common, but what an impact the numbers would have on those businesses built along Route 15.

Cha-ching!  Can you say, "Revenue stream"?  Actually, more like a river if done right.

I will be watching this reality show closely as most of you will, too.  Let us hope that our elected representatives will listen to us, weigh our concerns, get back to us with answers if they don't have any, and put our opinions on the front burner.  If we need more information to make a good decision, then it is their job to teach us.  Just don't go it alone.  Representatives do just that, represent, they don't fly solo.


To read the article on the subject in the  Tantasqua Town Common click here.
Scribbled by Wally Hersee on Saturday, October 09, 2010