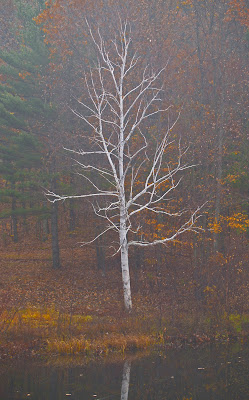 This past week I spent some time in Medfield with the family of a local icon that had passed away on  the first full day of spring.  He had come to town in 1958 as a young music teacher intent on teaching his craft in a way as to inspire everyone around him to listen, and learn.

He taught thousands of students from his arrival until his retirement from the school system in 1995, and  continued to teach his students privately, in his home, until just three weeks before he passed.  He loved teaching that much.

This teacher introduced that small town to music that few had experienced before, never mind performed.  He taught the youngest students the flutophone in order to inspire an appreciation of making organized noise sound good.  He started choruses, glee clubs, concert, jazz, and marching bands at all levels within the school system.  He directed dozens and dozens of Broadway musicals every spring at the High School, and exposed generations to not only the music of Broadway, but to acting as well.  He expanded the role of the music department so much so that others needed to be hired to take some of the load as time went on.

When he wasn't teaching in the schools, he was teaching privately to students after hours, and in the evening he would play the piano for their parents at a local restaurant in town.  On Sundays he played the organ in one of the several churches that stood around the town square.  There were the countless weddings he was the organist at as well, and as the horn man, or piano player in a band at the receptions.  He played every instrument there was, with exception of the oboe he once told me.  He didn't play everyone of those instruments perfectly, but he did make wonderful music when he did play.  On the piano he was fantastic, but on the trumpet, the instrument that he earned his Masters in Fine Arts on, he excelled.

He had an actual love affair with sound.  All kinds of sound.  He could hear a melody in the yard when two branches rubbed together on a windy day, and the wind chimes and Mourning Doves played backup.  He could hum a familiar song to the rhythm of a tire on the pavement.  He found music everywhere, and when he found it, he shared it with others.  He would call his kids home in the evening with a shout from his trumpet, or a "secret whistle" from his lips.  He wrote songs for his children after they were born, and sang to them to soothe them at night, or during fussy moments during the day.  He planted  fine seeds of appreciation of music early on in their lives, and coupled those lessons with more worldly instruction for life to come.  That appreciation of a softer, sweeter side of life helped to guide them along the harder, bitter edge of life.

There was always a lesson to be taught, and to be learned, if one was willing.

Most towns have a person that comes along once every once in awhile that affects the generations around them in a positive, lasting, life long way.  Medfield  has had several, and Sturbridge has had them as well.  We appreciate them them when they are here for how they touch us individually, and it is only after they are gone do we truly realize how wide that touch was.  How many others were affected by the touch, the inspiration, and the lessons taught as well.  People like this stand out.  They stand out against the bland background of existence like a bright birch among the duller oaks.  They are different, and we are not only lucky to have been touched by them, but also blessed.

Medfield will miss this amazing music man, this incredible teacher, as will I.