There Was A Plan All Along

There has been a lot of hullabaloo about the front doors to the Town Hall not being open to the public because some  people feel that the building would not be ADA compliant if they were.  This, despite the fact that the building meets all requirements with its rear door facing the parking lot.

Everyone is just too skittish to act, and open the darn doors for fear of letting in a lawsuit, or some gosh-awful penalty from the state. 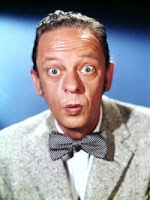 I have this vision of a roomful of "Don Knotts" sitting around a board table stuttering, and shaking  their way around the issue, and then ordering the door locked, nailed shut and the curtains drawn over it.

All this comotion about not being ADA compliant.  Nice sentiment, but is it sincere?  I am sure it is in this case, but...

The sidewalks along Route 20 in Fiskdale have not been ADA complaint since they were built, yet despite this fact the state has not cited the town, or closed the road down until made right.

Of course not, it's a state road, but where does the responsibility for the sidewalks lie?  Well, since the town has made such a fuss about private citizens maintaining them during snow storms, those sidewalks belong to the Town of Sturbridge.  They have to be if they are making rules, and bylaws about them, right?  So, what about the fix for the ADA deficient sidewalks?

Don't bother expecting an answer.  They do know it has to be done, but the fix is harder and costs way more than those town hall doors.

The town halls front doors do need to be opened, and I don't think anyone can say that it was an oversight, or a mistake.  It was planned for them to remain closed, and it was planned without the proper input of the the residents.

And, that is the entire point.

How can I assume this to be true?  Well, if you look across the street to the Center Office Building that was restored at the same time the town hall was, designed by the same architect, you will notice that the front doors are without door knobs.  In fact, the brick walkways leading to those doors are higher than the driveway grade, and there are not steps, or ramps to access those doors.

Front doors.  Not accessible, and just for show and tell.  There is an unmistakable pattern emerging here.

Now, look around back.  There are two doors around back.  One door has a knob, and access with a ramped curb cut.  There is also access to an elevator at that entrance.  there is also an other door facing the rear of the building without a knob.

So, the Center Office Building has only one door leading into it that has a knob to allow access, and the other five doors without knobs are for looks, and hopefully, exiting in case of an emergency.

Now, if a mobility disabled person is in the building in an emergency they had better be near the rear doors since they are the only ones that lead to a ramped curb cut.  If that person is forced to use the front doors, good luck getting down from the sidewalk onto the driveway.  I guess just getting ones backside out of a burning building outweighs falling off the curb onto the same backside.

The design of both buildings shows that the front doors were never designed to be used, and this came as a shock to many in town that assumed the buildings were going to be restored to the level of functioning they had before, but significantly improved.

I realize that the Board of Selectmen are working on getting the doors opened by submitting a request for a variance with the state.   Good luck with that, and I hope we hear from the state in short order.  All I want to illustrate this today is that the design was intended, and since it was, it had to be approved by people from town in the know.  All I'd like to know was who were those that signed off on this without allowing for the residents input, and do they still have input into issues concerning the town?

A better awareness of the inner working of town government would be good, how the  decisions being made there affect us, and how to be sure that those decisions are for the benefit of all in town.

We just need to be more aware, and if those in office aren't anxious to do it, we need to take the reigns ourselves.
Scribbled by Wally Hersee on Sunday, May 08, 2011