It's Time To Break The Cycle 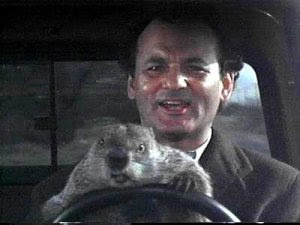 "Groundhog Day" is a classic Bill Murray movie that shows just how ones life can be repeated over and over again until that person finds the secret to breaking the cycle.  Each day is the same as the last.  Every conversation is the same.  Anticipating what is about to happen, or be said, and then throwing a wrench into the works is the only entertainment Bill Murray's character has for the longest time until he realizes that a significant change had to be made in himself.

Tom Chamberland, our Tree Warden, is not like the Bill Murray's character, but he sure knows how it feels to be preaching the same thing over, and over for years, only to see his words not heeded, and his prophecies come true time and time again.

When a town has an expert in it's midst, an expert that they hire, they need to take seriously the opinions for which they pay that expert, and take the information to the next step.  If that had been done consistently, with a well drawn out plan between the town and National Grid, the power outages of last falls storm would have been minimal, and for significantly less than the week it was.

Listen to those that know more, and act accordingly, otherwise you may spend each day celebrating the groundhog.