More specific: hi tech, has evolved over the past ten years at a speed  I would compare to the wheel becoming a Corvette over a long weekend.

The speed at which technology has developed is not only amazingly fast, but mind numbing.

Think about it for just a minute.

Any longer could cramp your frontal lobe.

Think about where cell phones were in ten years ago in 2003.  Don't bother thinking of a "bag phone"
from the 1980's.  That is like comparing spaghetti to mufflers.  Think about the be all, end all Motorola Razr cell phone from 2003.  That phone was not only small, it was thin.  and folded neatly onto itself, and it fit seamlessly into jeans pockets.

Then, everyone wanted a Palm Treo,  Blackberry, and eventually, an iPhone.  Technology developed so quickly that with each amazing advancement, a new product was developed, and it was like you never owned a cell phone before.

Cell phones are only a fraction, most visible, form of hi- technology.  Technology has developed to the point that there is not a time in the day that it is not known  where you are, what you have just bought for dinner, what highway you took to arrive at the restaurant, the movie you are seeing after that dinner, the brand of soap you use at home, the breed of dog you have.

Technology knows when you left your home to drive to Albany, where you are along the way, and when you can be expected to arrive, even if you do not have GPS in your vehicle.  If there are delays ahead then technology will warn you, and divert you around them.  Technology knows how fast you drove en route, and the speed limits all along the way. It also knows if you went over those limits. 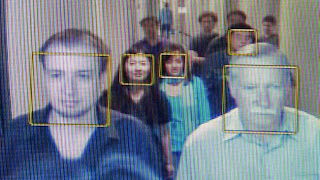 Once you have parked the car in the city, and begin walking to your destination technology can find you in the crowd of hundreds using facial recognition by comparing your DMV license photo to all those other faces around you.  Video cameras are everywhere, and are recording the last time you coughed, checked your zipper, or smiled at a baby.

Big Brother is not only here, he has been welcomed, given the spare room, and keys to the minivan.  We are not the least bit fazed by it.

George Orwell is rolling over in his grave, and I am sure you can view the video of it on Youtube.

If you carry a cell phone with you then your location is known at any given moment.  You have been essentially tagged like a bear in the wrong neighborhood.  When you drive on I-495, or the MassPike, your speed is tracked by your blue tooth phone.  This is how traffic times are calculates, and posted on those digital signboards on the roadside.  They say only the blue tooth signal is used, and then then timed from location to location, but it is just as easy to attach your name, and face to that blue tooth signal as well.

So what is the point of all this?

The tech creep has occurred with great fanfare with each development, but the side tech developments have slipped in quietly.  Are you comfortable with "being out there" for all to monitor, and observe?

What is the alternative?  Going back to 1986, and living "off the grid"?  Possible? Not really.  Not today.  Even if you lost your cell phone, and your GPS enabled vehicle, there are the video cameras at the gas station, and the hot dog stand, your ATM card, and your new home thermostat that knows if you are home, or away.  Facial recognition is here despite what service you subscribe to.  As long as there has been one photograph taken of you you can be found in a crowd.

The new age has arrived, as predicted, not with a bang, but with a ring tone.

Very shortly, you will be able to confront your high school student with videos of just where they have been when they said they were studying at a friends house, check on a friends whereabouts, and check to see if your girlfriend is really at work.

We won't be able to call sick to work with a fever, since the thermal camera in your phone will show you to be cool as a cucumber, and the GPS will show you "recovering" at the beach.

All this amazing technology has been welcomed either openly, or by our just enjoying it.  Could it be used in ways that could harm us?

Of course.  Fire is a wonderful tool, but with the wrong intent, it is terrifying and dangerous.

Can we prevent hi tech from being used against us?  I don't know, but it all starts with awareness, and un-numbing your head.

In the meantime, smile, you're on someones camera, and they know what you're up to today.