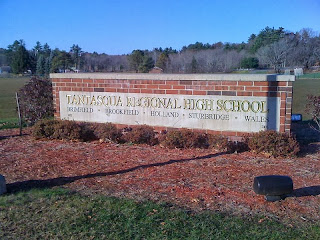 Our selectmen voted not to fund a school resource officer for Tantasqua Regional High School last spring.  If the school committee would like one, then they can hire one, and pay for the officer from their funds.  In fact, since, the regional school is a school representing five area towns, the towns could all do their part in funding an officer.

I do not believe the vote last May by our selectmen was a vote against the concept of a SRO, but rather against the funding of one.  Nationally, the need for an SRO has been shown to be there, and for schools as large as TRHS, it is almost a requirement.

Why is this concept so difficult to overcome?