I Have A Delivery For You

Our heating oil use decreased again this year!

2007 was our first full year in this old house, and of keeping annual records.  We spent $3484.32 on heating oil, that year,  for a total of 1273.7 gallons. Those gallons were delivered over ten visits from Pioneer Oil.  The average cost of oil that year was only $2.48. 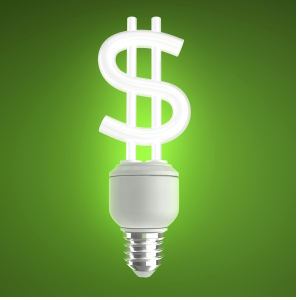 In the meantime, I made sure to continue be proactive in saving energy, and reducing our costs.  I  looked for, and plugged holes, place reflective foam panels behind each cast iron radiator inside the radiator cover, replaced all the ancient vents on the radiators, and have assessed them yearly for replacement. I installed a set back thermostat, and tweaked the settings as needed along with maintaining a set heating schedule.

In December 2009 our gallons of oil used that year had decreased even more to 875.1 gallons.  Our deliveries had dropped to 6.

In December 2010 I was surprised to see that our oil use had increased by 100 gallons to 972.3, although our deliveries had stayed the same at 6.  I had not changed anything in my plan, and we were both still diligent in saving oil, yet keeping warm, and comfortable.

I did not understand the bump up in usage, but was more vigilant the following year, and managed to eak out a savings for the year of 29 gallons by December 2011, yet our deliveries went up to 7.  Strange.  Still, our oil use wasn't where it had been.

I was perplexed.  Yes, we needed insulation, that was a given, but not having adequate insulation would not account for that peculiar bump in usage.

In December of 2012 we were back on track.  Only 709.6 gallons were used that year.  This was far lower than the 875 in 2009, and 234 gallons less than the previous year, and were down to 5 deliveries that year!   2012 was also the year we took our domestic hot water off of our oil fired boiler for heating and installed a whole house on demand electric hot water system.

What else did we do that was new?  Well, the boiler was replaced in May of 2013 after the winter heating season, and in October we installed a Nest learning thermostat.  Both of these new improvements are helping, but I'll need to wait till the end of heating season in the spring to see just how much they have helped, but I can tell you now, it is going to be very good.

Yes, we did stop heating our hot water with our oil fired boiler, and went to a whole house on demand electric hot water system so our electric bill must be out of sight, right?

No, actually,  its rather good, and we will make it even better as I replace those finicky CFL curly-q light bulbs with LED bulbs as I have been, and through 2014.

Our electricity use was 7,382 kWh for the year of 2011.  The U.S.  Energy Information Administration says that the average electrical use per household is 11,280 kWh / year.  In 2012 our usage rose to 7,623 kwh despite changing all our light bulbs out to CFL's, but the increase of 241 kWh averaged out to .66 kWh per day.  The new hot water system would have accounted for that slight bump.

Three bucks a month is fine.  With our oil heat savings the slight bump in electrical is expected, and not nearly as much as when the hot water was being heated by oil.

For a 150 year old house with nary a lick of insulation, we are saving well below the government average annual oil use per household of 730 gallons.

So, what is this delivery I said I had for you today?

If we can save money, and energy, in this old house, you certainly can, too.

Look around you.  Unplug your phone chargers from the wall for one thing.  They use energy, and cost money,  just staying plugged in even if they aren't charging a thing.  Look further.  Spray foam holes and crevices, weather strip doors and windows, but the biggest thing you can do is to install a set back, programmable thermostat.  It doesn't have to be the Nest, but find a current, modern thermostat that requires minimal input from you, and is not as complicated as an old VCR to set up.  There are several out there.  Both Honeywell, and Smarthome make them, as well as Nest.

Once it is installed program it to set back when you are asleep.  No brainer there, and don't be afraid to tweak the temperature when you are home.  Keep it 63-68 f when the family is home, and 58 f at night when you are asleep.  If it gets a bit chilly then turn it up for a bit, and return it to the lower setting after the house has warmed up.  This one act alone will save you a boatload of money when compared to setting your thermostat to one temperature and leaving it there forever.

So there's your delivery.  A boatload of inspiration, from me to you, to save a lot of energy, and a lot of money.