Lifes Map Is Constantly "Recalculating", But You'll Get There Eventually

It isn't a bucket list thing.  No, far from it.

A bucket list thing is something one wants to do before they die in order to feel that their time here on this rock has been one of accomplishment.  Checking off things on a list is one way of keeping track of those accomplishments.

Nothing wrong with a bucket list if one starts it early enough.  If one starts a list early enough then life will steer one toward the items on the list,  instead of the need for accomplishments steering ones life. 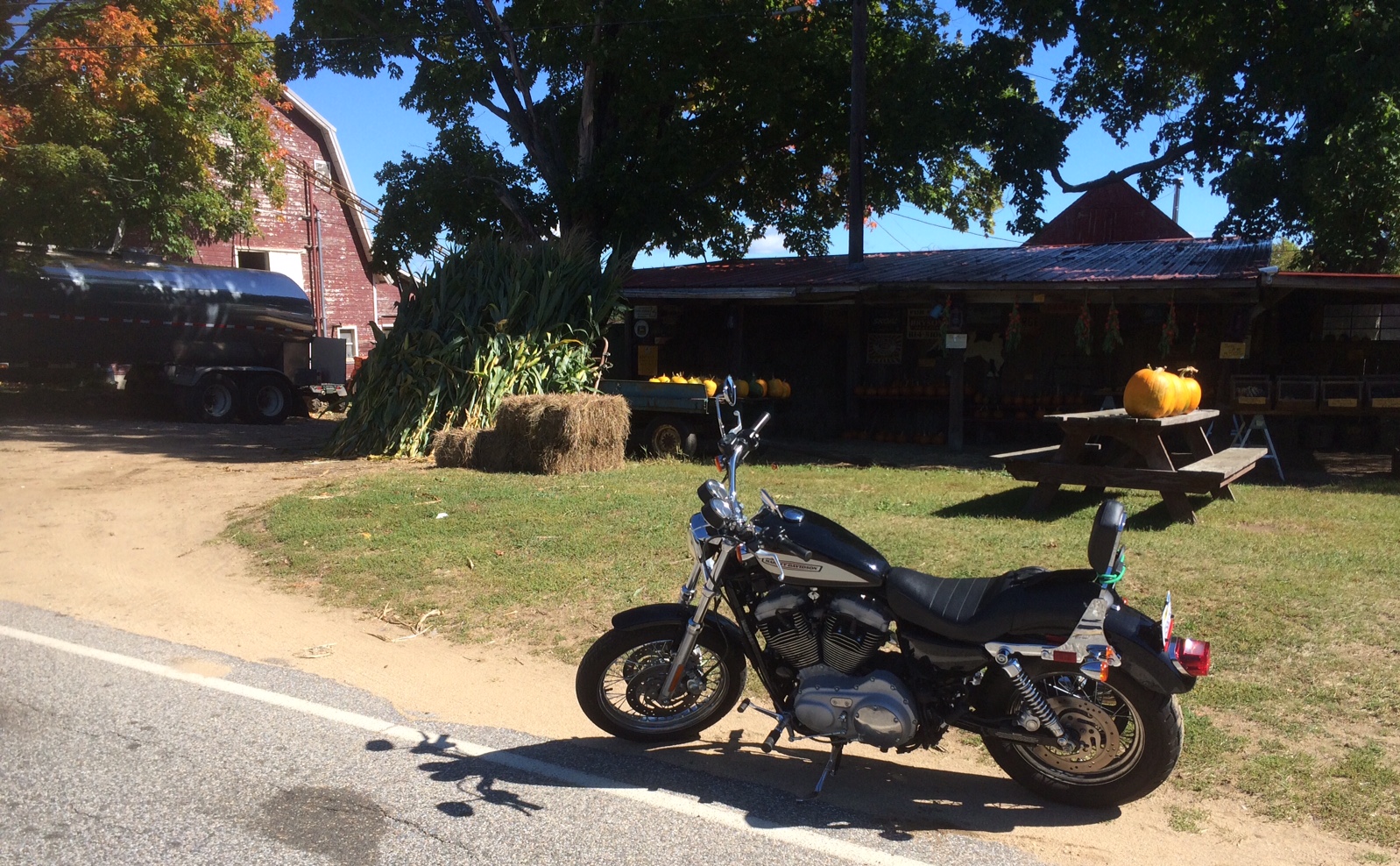 An early declaration of goals is not called a list, but rather a map for the path one chooses.  Way points, destinations, layovers, and detours will be all over that map, and they will be added to, crossed off, ignored, and postponed.

I have one of those maps, and I have some postponed items that are now in the accomplished pile.  One of those things on my list from very early in my life was to ride my own motorcycle along the back roads of New England in the fall.

This week, on the first day of autumn, I did it.

The ride was freedom, fun, and a smile that started in Fiskdale, and was still there when  I arrived home again, and putting my bike back into the garage.

When I decided that life finally was at the point on my map that would allow me to head in that direction, I began by taking the required test to obtain my motorcycle learners permit in spring of 2012.  Soon after, a small detour went up when we bought a summer place.  Just a detour, I've had those before, and the road it led me on was either a bit rocky, or better than my original route.  This time it was the latter.

This past spring, with only a few months left on my two year learners permit, and having no time learning, I signed up for a two day motorcycle safety course in Boylston.  Classroom hours, and hours on the asphalt course gave me a basic understanding on what it takes to get hurt, and how to avoid it.  The class also taught me how to ride.

At the conclusion of the course I took a written test, and a practical test on a motorcycle.  I passed both, and was awarded my very own Commonwealth of Massachusetts Motorcycle License.

I put off the idea of doing my long thought of back roads ride for a bit, there were other things that needed attention, and I don't like spending money on myself.

After a thinking things over this summer, reviewing the map, adjusting for detours, I decided to take the next step, and buy a motorcycle.  A tent sale at Sheldon's in Auburn was a very good incentive.  The motorcycle was affordable, in excellent condition, and apparently had been waiting for me.

Over that past several weeks I have taken the bike out and put a couple of hundred miles on it.  Each time I go out, I learn, gain more confidence, and understanding of my bikes, and my limitations.

This past Monday, it was bright, sunny, and the fall colors were starting to appear.  It was also the first day of fall.

I took the motorcycle north on  Brookfield Road to Warren Road.  The trees, were changing, especially by the wetlands.  I stopped at a farm stand we usually buy our pumpkins at  in West Brookfield, took a couple of photos to remember the moment a destination on my map had been reached.  I then headed the back way to Brimfield, towards  Route 20, and home.

I have a lot of destinations left on my map.  I know I will be adding more as well, and there are others I will never reach, have gone by, and have been reset.  Reaching a destination is important, but not nearly as important the trip one takes in getting there.  That is where the learning occurs.  That is what makes reaching the destination so meaningful.

This journey took some time for me to reach those red, and yellow, leafed roads of West Brookfield, but it doesn't matter, I made it.   The neat thing is that it may have taken forty four years to get there, but I was sixteen when I arrived.