Somethings Are Just Too Hard to Swallow 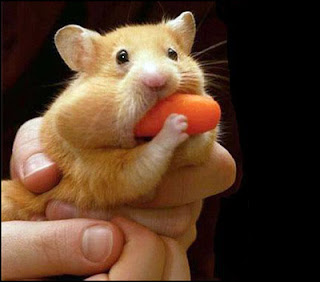 edify verb 1) to build up, establish, or strengthen a person, institution, etc.; to uplift
Took me awhile, but I learned that edification does come naturally, and when it is faked it comes off as being trite. What is edification? Here's an example you might run in to out here in Central Mass.

Now, this is the edifying part:

"Talk to Merle Fleek down at the Agway. He's a right guy and really knows his fungi."

By sharing a good, true opinion of someone with another we establish a place of respect for that person. We build that person up in the others eyes to where we see them. Essentially, we give credit where credit is due, and share that positive opinion with another.

We do this all the time and don't even realize it.

"Yes sir, that Milo Hinks is the best large animal vet around, and he does alright with hamsters, too."

The trouble with edification can be its source, and the manner in which it is done. It should come naturally, but at times it is forced. And, then there are the times it is plain faked. Why? To make the edifier look like a "right guy", to curry favor from the person they are edifying. It is called "brown nosing".

When a person refers to another as having courage, character, and integrity, and states they are honored to know them this would normally attract our attention. But when the person they are building up in this manner admits they have never met the person that is edifying them, then something is amiss.

How is it that a person can speak so highly of someone when they don't even know them? And, what about the words they use? Why "courage", or "character", and "integrity"? These are traits that one learns about another either first hand, or by what is written or reported about them by others. Why admit to "knowing" them when they have never met them?

I don't know. Really, I don't. Too deep for this page, but I hope you see my point.

But, if you take the statement in context with other things the person has said, it may help understand why.

Statements like this do little for the credibility of the person that is offering them. Their other statements should be more closely scrutinized. Essentially, take what they have to say with a grain of salt.

A more serious downside of this is the innocent person that they were edifying in the first place is now going to be associated with faker. Not a good thing. Unless their shoulders need artificial pats so badly that they'll take them from anyone.

So, what is my point? Simple. When listening to people, or reading what they have to say, give them the benefit of the doubt until something comes along to jog your intuition a bit. If something seems askew, then tread lightly, and put a question mark next to credibility.

We all want the best information, honest opinion, facts, and true testimonials in order to help us make good decisions. Always consider the source.

It would be a flat out shame to bring your sick hamster to taxidermist, instead of a vet, based on someones bad edification.