Is Life Really Becoming Simpler, Or Just More Jetson Like? 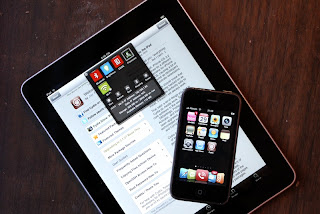 In front of me, sitting on the coffee table, is an iPhone.  On my lap is an iPad given to me by Mary on Christmas so that I can write away from the laptop, which is sitting on the desk just upstairs.
Yes.  I am spoiled.  Actually, beyond spoiled, but more on that some other time.
I guess I am seeking the ultimate in portability beyond everyday, old school portability.  This morning, I am sitting in a tree in my back yard writing this.

I could be though, and this spring I just might, but in the meantime I will just wander about the house ( I'm in the kitchen now), and continue digitally applying my essence to my environment.
I'm a 21st Century kinda guy (standing in the cedar closet now).  I could be at the beach and view the inside of my house, set an alarm, or lock a door from my iPhone if I wanted to.

In the living  room there is the digital cable TV box.  I can, but haven't as of yet, connect the internet to the TV in order to watch HD movies at a fraction of the cost the cable company charges.  I can also connect to Netflix via the Wii, and actually use the cable companies cable to circumvent their limited selection of movies, and national debt like fees to rent a movie ( back on the couch).
Another part of this digital world at my finger tips is the DVR, the digital video recorder in the cable box.  I never mastered setting the VCR to record a show back in the 80's, I would like to meet anyone that actually did, and I  never mastered setting the clock in the VCR, either.  I don't believe anyone ever did.  The DVR is simple.  Just click with the remote, and program is recorded.  If the is a show I missed, well I just pull it up on the iPad, or the laptop, and watch it there. 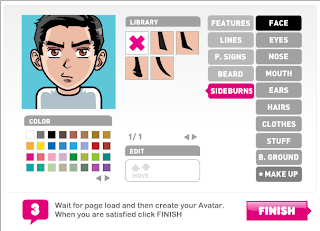 So, here I am, sitting on the couch, iPhone ringing on the coffee table, iPad on my lap and I am answering an email while watching the flat screen with the DVR, and I feel like my analog self has slowly been assimilated  into a digital world, and I may not even be real anymore.  I may actually be an avatar that Mary is designing from the laptop.
Scary thought.  I am sure there are parts she would vastly improve on.
Nothing I have mentioned was available a few years ago.  Technology has accelerated exponentially with each new gadgets appearance in it's inventors head.  By the time it arrives on your coffee table, it is will be replaced at the store within eighteen months of it's initial inception, and that could be only weeks away.
Electronics are actually designed in advance to use technology that is not yet available today, but will be in eighteen months.  This is called Moore's Law.
Moore's law was perceived by the co-founder of Intel, Gordon Moore, back in the 1960's, and simply stated that the number of transistors needed to make a device would be halved every eighteen months, thus devices would not only become smaller, but potentially smarter as there would be more room for the technology.  In  a silicone computer chip this is not only true, but an accurate prediction as to just where the industry will be in a year and a half.
To make a boring, long story short, the TV you just got this Christmas for the living room will be surpassed in technology sometime this afternoon.  It was conceived eighteen months ago, design took a little time, then manufacture, and distribution took some more time before it was actually sent to the stores and advertised as the latest in TV's for Christmas, and on December 25th, it was.
Don't try to keep up.  Just be happy your TV is no longer the old tube type, and if it is, then it's time to let go.  Think of the environment.  Think of a better picture.  Think of spending a few hundred dollars for something that would have cost a few thousand five years ago.  Think just how cool that new LCD LED 52 inch will look on your wall.  Sweet. 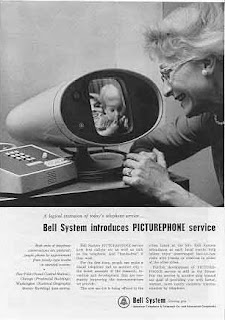 Technology has always given us so much.  Our everyday lives been made easier by our cell phones, ability to text instead of being trapped on the phone forever with Mom, take photos on the fly and annoy the family in Florida with immediately all day long, view real time videos with cousins in Alaska, or Southbridge, with Skype.  Ever wonder when those video telephones they promised us at the 1964 New York Worlds Fair would appear?  Well, they are here, and have been for some time.
So much of what has been developed, thought up, designed, and put into every day use are useful, practical, and take today's technology to the limit in order to make the world around us easier to manage.
Then, there are the stupid, and the "How-about-this-because-I-can't think-of anything-practical-today" developments.  For instance, some hospitals are actually advertising on the TV, and radio that you can now text the hospital, and receive a text back from them telling of the current waiting time in their Emergency Rooms.
Say what?  Think about this.  If something has happened in your life that causes you to think "ER", then you go to the ER, quickly, otherwise, you wait until your doctors office opens up.  You don't text the hospital to see how long you will have to wait with your emergency.  If you did, your reason for going would not be an emergency, would it?  I guess it's just good marketing, and just using technology in that way.
So, back to my using technology around the house.  It can get pretty silly.  We have actually texted each other while in different rooms, even while sitting on the same couch. Why?  Dunno.  Maybe just to say we did, but I do have an annoying side to me, too.
I can't wait to see what the next eighteen months will bring, and which of our new appliances, and gadgets ,will become obsolete, and what the new ones will offer. 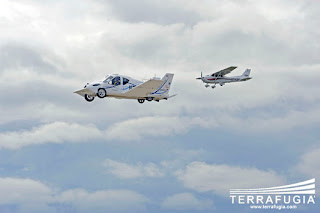 I am still waiting for that flying car they said back when I was in grade school, every home would have in the 21st century, or is it already here?


Damn.  I can't keep up.  I need to go set up a Google Alert on my iPhone to let me know when things are about to change.