They Went An' Built A Skyscraper

"Everything's up to date in Kansas City They gone about as fer as they can go They went an' built a skyscraper seven stories high About as high as a buildin' orta grow."

Believe me, I appreciate a good change now, and again.  Really, I do.

It was well past the time for the old Cumberland Farms on Main Street in Fiskdale to be torn down, and a new building built in its place. Not only for  aesthetic reasons, but safety reasons, too.  Too often cars pulling up to the gas pumps would wait in line blocking Hinman Street.

This practice did not allow residents free access to their homes, or the ability to leave their street at times.  When I was filling up I often saw a lot of frayed nerves, steely stares, and digital salutes offered both ways at the intersection of Hinman and Main.

Yes, it was high time to tear down the old building, build a new one, and reconfigure the gas pump island location.

So, Cumberland Farms Corporation went off to those at the town hall with a plan.  They wanted to build anew at the same location, and for all the right reasons.  The town supported the request to build, issued the proper permits after the plan was reviewed, and scrutinized as they do at town hall.

Remember, white posts only in the front of the building.

Construction began this past fall.

First the lot was prepared, the trees removed giving the condos behind Cumberland Farms a fantastic view of the gas station to be.  Next came the demolition of the building, and the removal of the old tanks.  Soon, the foundation was poured, and the building began to rise.

One of the many things one learns in architect school is building to the scale of the surroundings.  Determine what the building will be used for, and build to suit the need, and the traffic that will come.    This is done in concert with those that hired the architect.  The client expresses their need, and the architect designs to suit that need.  However, the bigger the project, the more money for the architect.

Cumberland Farms must have expressed a wicked lot of needs, and the architect was willing to fulfill those needs.  Usually, gasoline, lottery tickets, cigarettes, coffee, newspapers, and milk top the list of items sought at Cumberland Farms.  Everything else are those all important sundry items, ice, charcoal, 8 ounce bottle of Dawn, eggs, and of course, Entenmann's.

The next part of the process is that "take things to the town hall" part that is in place to make sure that the plans are up to snuff, don't violate any codes, regulations, or bylaws.  It will also allow those at the Planning Committee, and elsewhere, to get a good picture of the proposed building, and just how it will fit in the surrounding neighborhood.  Maybe it's me, but did some folks call in sick the day when neighborhood fit was discussed?

I make it a point not to listen to rumors, or report on them, but somethings I over hear things, and I heard that Macy's will be anchoring the south wing of the building right under the new Olive Garden. 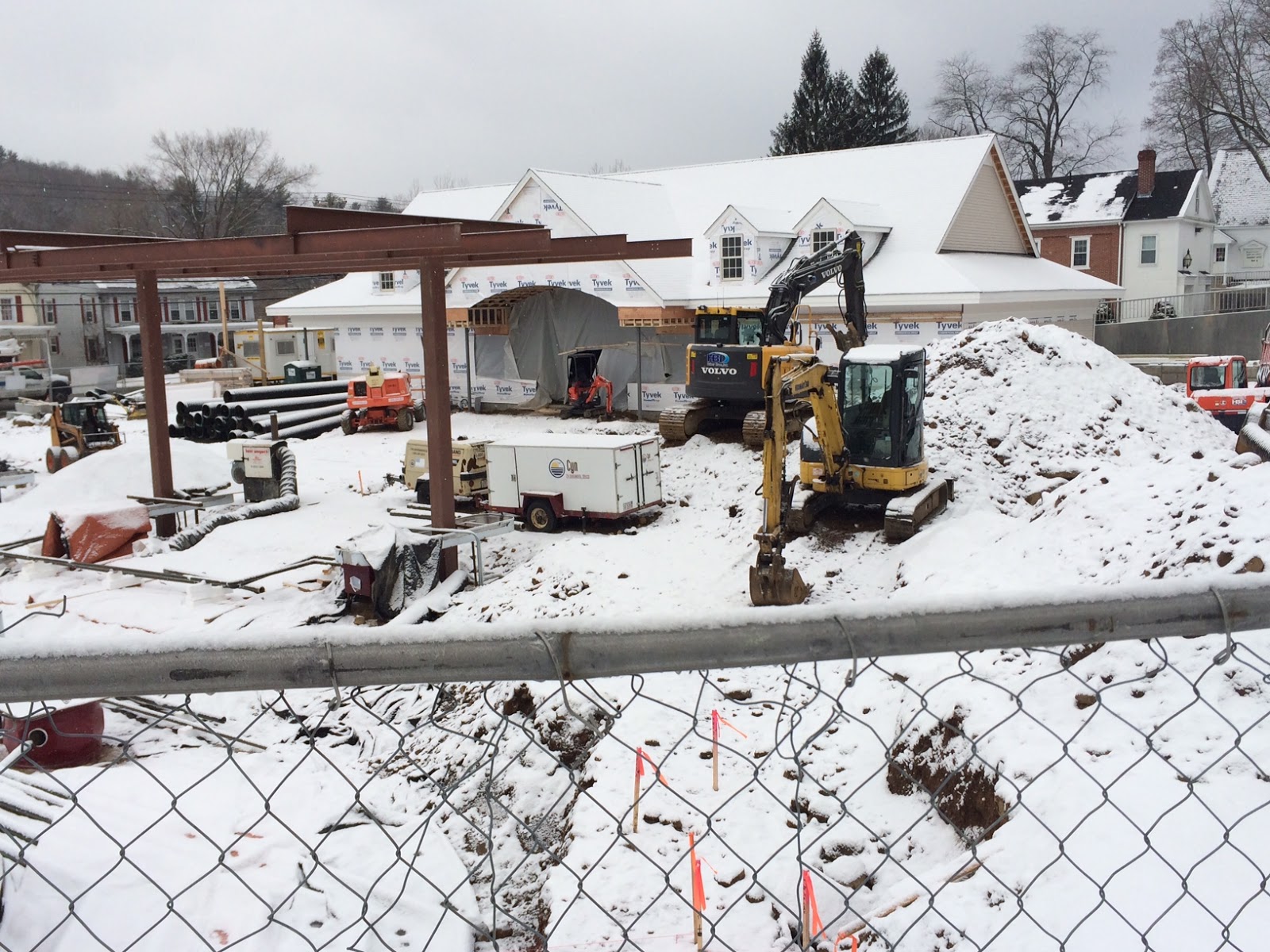 The building is big.  Actually, enormous would be a better word, but if our town fathers, and mothers, thought it was good fit for Sturbridge, then that's good enough for me.  If I can fill up my car with gas, buy a pair of jeans, get the cat groomed, and sip a coffee while waiting to have an eye exam all under the same roof, well, then my life just got a whole lot easier.