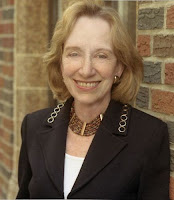 This year’s Ken Burns Lifetime Achievement Award is the third in the series. Last year’s award was presented to actress Laura Linney in recognition of her portrayal of Abigail Adams in the HBO series, John Adams. Old Sturbridge Village presented the first lifetime achievement award to Ken Burns himself in 2008 in honor of his many award-winning documentary films.

Along with history, Goodwin has a love of baseball instilled in her by her father, who taught her to keep score of Brooklyn Dodgers games when she was only six years old. Her “Wait Till Next Year” (1997) was written about the love of baseball she shared with her father. This memoir was also a New York Times bestseller and was optioned for a musical. She was also the first female journalist to enter the Boston Red Sox locker room.

Goodwin is frequently called upon as a political and news analyst by all the major networks in the U.S. and others around the world. She lectures extensively, and has offered insights in many PBS documentaries, including Ken Burns’ “Baseball.” She is married to writer Richard Goodwin, who worked in the White House for Presidents Kennedy and Johnson. The Goodwins have three sons and two grandchildren.

“Doris Kearns Goodwin’s compelling books, articles and insightful broadcast commentaries have won her the respect and admiration of millions of readers, listeners, and viewers the world over,” said Jim Donahue, president and CEO of Old Sturbridge Village. “We are deeply honored to have her as our guest at the Village.”

Ken Burns, who has been making films for more than 30 years, is perhaps the most critically acclaimed documentary filmmaker in the country. According to the late historian Stephen Ambrose, “more Americans get their history from Ken Burns than any other source.”

Famous for his documentaries that include “The Civil War,” “Jazz,” “Baseball,” and “The War,” Burns actually made his very first film about Old Sturbridge Village as a college student in 1975, during which he used the now-famous “Ken Burns effect” – a panning technique – for the first time.

Burns’ OSV film, produced as his senior project while a film major at Hampshire College, is a 28-minute film entitled,” Working in Rural New England.” The project inspired him to pursue historical subjects, a direction he has continued throughout his career. “Sturbridge is where I became a filmmaker, and where I caught the history bug for good,” he noted.

Burns, whose production company is based in Walpole, N.H., is recently produced a six-part film on the history of the National Parks, which aired on PBS in 2009. He is also working on a history of Prohibition, for which his production company recently filmed scenes at Old Sturbridge Village, and an update to his 1994 epic “Baseball.”

Submitted by Old Sturbridge Village
Scribbled by Wally Hersee on Monday, May 10, 2010