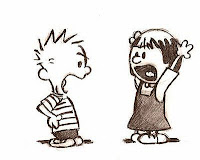 Maybe you remember a month ago there was a whole lot of hullabaloo in the local papers about some off color, verbal interactions at a Town Administrator Search Committee meeting.

There were cries of "Off with his head!!". As you can imagine, people were very upset. I mean, everyone, all over town was upset, or so it seemed. In fact, one resident started a recall petition to remove the blue mouthed selectman from office.

I said it then, we elected him. Most of us knew what we were electing, and we shouldn't be surprised by the behavior. We just didn't think that it would come out in the way it did, or at the place it did.

In order to go forward with the recall it was necessary to obtain signatures of 20% of the towns registered voters on the petition.

Of course, there is a lesson in here somewhere, but for the life of me, I haven't the foggiest idea as to what it is. Maybe it has something to do with those with the pitchforks and torches marching on the castle door should have an attention span a bit longer than that of a gnats.

If you are going to be outraged about something, then do something about it. Don't leave it if something else attracts your attention. Stick with the issue. If you can't follow through, don't make it an issue.

Six signatures. Either someone didn't try very hard, or all those outraged folks from last month got over their outrage pretty damn quick.

I think it's the attention span thing.