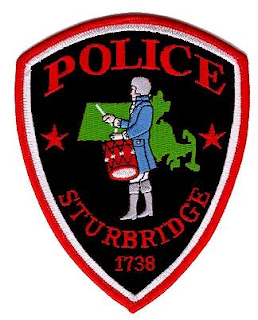 Ever have one of those things happen to you that make you sit down and say, "Damn. It worked.".

I had one of those moments today.

On December 2 I wrote about a meeting I had with Chief of Police Tom Ford and the Traffic Safety Committee back in September of 2006. (See link below). Well, this morning I received a phone call from Tom Ford himself. Seems he was surfing the 'net last night, researching an old article, and stumbled on his name in this blog. Naturally, he came to the site and read the post. This morning, another member of the committee called him to tell him of the post, too. He then called me.

Now, I have always been someone to give credit when credit is due. Today it is due. Tom called to apologize for letting my concerns at the meeting slip. It wasn't intentional, things just happen. And, when he was forwarded my email to another committee member for him to follow up on last summer, he never got it. The sender had sent it to the wrong address. A typo, nothing more. No sinister conspiracy here. Just a tybo.

We discussed a few of the concerns I had at the meeting that day, and he offered to put the radar sign out by my house. The new machine is capable of doing vehicle counts and daily speed averages as well, so it will yield some very useful information. He then offered to move one of the speed limit signs further north as I had suggested. He did say that since they were of the yellow type of sign there would be little they could do as far as enforcement. I agreed, but we can work on changing the yellow sign to a white one. Tom again apologized for "dropping the ball", and sounded genuine. He was sincere in his plan to make up for letting go of the matter. We are still going to explore the Thickly Settled issue since that will make everything enforceable.

I will keep you posted, in the meantime you can read the original post at the link below.