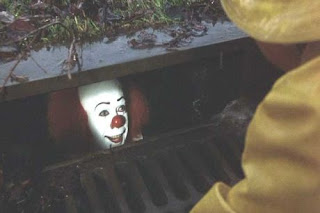 I just found the real "Bozo"s in town, and they are living in this whole waste water controversy.

And I never really understood the quote from Forest Gump, "Stupid is as stupid does." until today. The Town of Sturbridge hired an engineering firm to study the towns wastewater needs for the future. We spent a boatload of money to do so. The town hired them. One would think if the town hired them, then the town would be vitally interested in what they would have to report, otherwise they could have taken a shot in the dark themselves, and saved a bunch of money.

Well, despite the pleading of Town Administrator James Malloy, DPW Director Greg Morse, Selectman Arnold Wilson, Mary Blanchard of the Zoning Board, Planning Board Chairman Tom Creamer, and Alexandra McNitt Executive Director of the Central Mass. South Chamber of Commerce the board of Selectmen voted 4-1 for a waste water capacity of 1.1 million gallons per day, as opposed to the 1.4 recommended by the engineers. 1.5 is probably what is actually needed I'm told.

Growth is inevitable, although controlled, planned growth isn't. I spent 25 years in Franklin. Growth took that sleepy little farm community to the town that was, at one point, issuing more building permits year after year, than any other town in the Commonwealth. The growth, they say was planned, however the character of the town was ruined. Don't let that happen here.

If growth in the town is going to happen, either from the town itself attracting businesses, or from folks just moving in, then it is only logical that one would have in place the town services to accommodate the expansion. If you don't, then just put a freeze on new growth, stop issuing building permits for houses, and stay locked in a the size we are at now.

You can't have it both ways, and if you think we can, then you either know something the rest of us don't, or are just stupid.

There. I said it. It took me a few paragraphs, but I finally said it. Stupid.

I don't think we are all on the same page with this growth thing, either. There is too much animosity, too many differing opinions, and too many shanagans at public meetings. Do we actually have a Master Plan for Growth for the Town of Sturbridge? I mean a real, thought out, written, published, and presented Master Plan of Growth. If we do, then I am sure the subject of waste water is in that document somewhere. How can we vote against the Master Plan? That is, unless we don't have plan.

Well, that would explain a lot. (See stupid above).

My thoughts are this: get on the same page, get a Master Plan if you don't have one, listen to the guys you hire, stop the name calling and slapping, and work together.

And one more thing. I'm 53 years old. I flush the toilet a few times a day, and this I know: my prostate isn't getting any smaller, and the way things are going, I'll be using those missing 300 thousand gallons a day in another few years all by myself.
Scribbled by Wally Hersee on Friday, December 07, 2007