Finally, They Are Beginning To Work Together 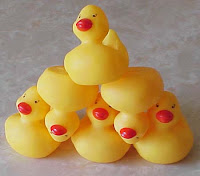 I just performed CPR on myself.
No. Not really, but almost, and I still might.
I was reading in the newspaper, the Sturbridge Villager, an article entitled, "It's down to details on tourist plan" "Planners Discuss Implementation", and the article went on to tell about the Commercial/Tourist District Revitalization Plan. The plan is designed to "improve the aesthetics and accessibility to the downtown area along Route 20 from the intersection of Brookfield Road to Cedar Street", so wrote Christopher Tanguay, a Villager staff writer.
By George, I think they've got it!!
After writing about the very same thing for over two
years, it was like a scene out of the Twilight Zone seeing those words in print, and they were not being put there by me.
To be completely fair, so many folks over the years have thought the same way, I can't lay claim to the idea, but after writing about it for so long it sort of becomes like one of your own.
I read further on that one goal of the Planning Board is to "attempt to address this year is the desire to create a 'physical and conceptual connection between the commercial/Tourist District and the Quinebaug River' ".
An actual connection between Route 20 and the river? Like, maybe a walkway from Route 20 to the river, and a footbridge to the other side of the river? The article mentioned the south side of the river having the better access. Hmmm. I like it. It would be like tying our commercial part of town, to the beautiful, natural part of town.
It's about time. I really like deja vu.
It was if the reporter for the Villager had been rummaging around inside my head, and writing things down as he found them lying around instead of attending a meeting.
The article went on to mention the walkability of the area, and installing crosswalks, median, and a concentration on pedestrian safety. The article concluded with mention of the industrial area at the intersection of Holland Road and Route 20 being up for sale and several parties being interested in it's development.
At that point, I finished the article, put down the paper, sat back in my chair and grinned. I grinned so hard I scared the bejeepers out of the cats.
A couple of things are at play here, either more folks are finally seeing the possibilities that our town has to offer under the right leadership all by themselves, or they have been reading this page, and taking darn good notes.
I want to believe it's the latter, but I know it is the former. Either way, one must give credit to the Planning Board here in town for working on, and completing the Commercial / Tourist District Revitalization Plan with the Massachusetts Regional Planning Commission.
Chairman of the Planning Board, Sandra Gibson-Quigley also had a great idea for forming a sub-committee with the Trials Committee to explore the ways a connection could be made between the Tourist District, and the Quinebaug River. The Town Planner, Jean Bubon suggested including members of the Conservation Commission, and local businesses on that committee, too.
Planning Board member, Russ Chamberland, offered advise on the best location for a river walk, and the organization, Merchants of Sturbridge intends to survey businesses about possibly using private parking for municipal parking after hours.
(sigh) It looks like that jumble of ducks we have been seeing for some time here in town, as we tried to get our act together, has finally lined up in a row. It's a very good start.

Now, all we need is the leadership to get them moving, and keep them moving.
Scribbled by Wally Hersee on Friday, March 19, 2010