A Local Conspiracy Of The Very Good Kind


On Friday evening Mary kept it local, and it was the very best it could ever be.

You have to be very good in order to catch me off guard.  I can smell out a surprise coming from a mile away. I am a keen observer, I even get paid for that skill.

Sometimes we are just not meant to know what others are up to especially when it has to do with  surprise parties.

About a week ago Mary asked me out on a date.  It's restaurant week in town, and she wanted to experience Avellino's again.  We've eaten there in the past, and I asked her if she wanted to try the new menu at the Cedar Street Grill instead.  No, it had to be Avelinno's, they had just remodeled their dining room, and bumped it our onto the old portico, and surrounded it with beautiful glass windows.

No, it just had to be Avellino's, she said.  She was adamant, and I was clueless.

Friday came without any fanfare.  Mary was off that day, and so was I.  Work sent me a text, and asked if I could come in and work extra, but I had a date, and they understood.  Dates take priority.

Mary and Jenny got dressed, and I was cautioned about not wearing jeans.  We were going to Avellino's, not the Duck.  We had to look as though we belonged.  Those two would have no problem.  They looked beyond great.  Me, on the other hand, well, I try.

We parked on the new parking lot across from the Cumberland Farms, and walked down the stairs to the restaurant.  Usually we will meander upstairs to the Duck in our jeans, but this time we stood at the podium. Mary had made reservations.  I like it when she takes charge.

A young lady escorted us into the newly redone front room, and I walked in.  There in the room were a bunch of smiling family, all shouting Happy Birthday!!

She had put one over on me.  I had no clue.  My wife had been working on the surprise since January, and she had never let on, or slipped up.  She had the help of a young woman, Dakota,  at Avellino's, .  Together they conspired in secret.  They were CIA worthy, and I was speechless.  Some would consider that a good thing.

I moved about the room greeting everyone, and looking around me taking it all in.  The people, and the room were perfect.

The newly redone room has been remodeled perfectly.  From the opening of the front wall, the new molding which blended seamlessly with the old,  to the extending  the room some six feet, or so, towards the street, and surrounding it with tall wrap around windows.

Mary and I had last enjoyed a meal at Avellino's a few months back with Mary's sister, Joanne, and her husband, Paul.  We sat at the chefs table, and had a fantastic meal prepared for us.  The food was exceptional.  As Mary said that night, "My taste buds are going crazy!", and so were mine, and  they were about to do the same again.

On Friday night, Chef Rico, prepared a meal that blew everyone in the room away.

We began with Garlic Shrimp, Citrus Pear Salad, and Pepperoni  and Sausage Bread,  followed by Tortellini, Prosciutto and Peas.  Those two courses alone left me awestruck. 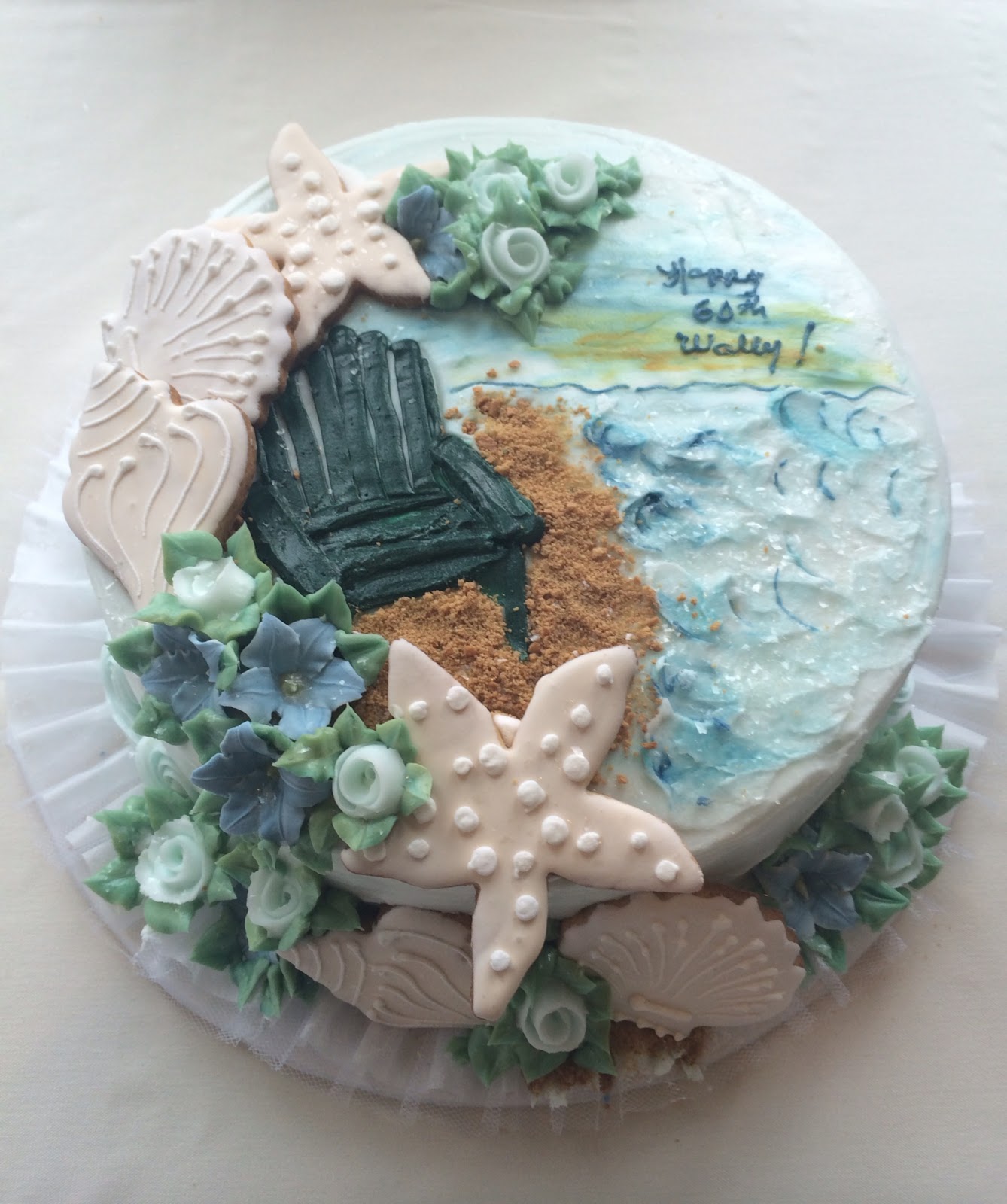 The amazing birthday cake came from Junes Bake Shop in New Braintree.  The cake was like a 3-D artists canvas depicting an Adirondack chair sitting on the sand at the beach.  The baker took my favorite place, and turned it into a cake.  Large edible shells, and starfish surrounded the cake.  It was almost a shame to cut into it, but after tasting it, I knew it was the very best thing to do.

The evening was the best.  A surprise party in my honor pulled off without a hitch still amazes me. Being in the company of those that I love, and sharing an incredible meal is something I wish everyone could do at least once.

Mary went above, and beyond.

Avellino's accommodated Mary as she planned, rescheduled, and changed rooms at the restaurant. Dakota helped her every bit of the way.  Chef Rico's menu, and meal was beyond words, it was that good.  The cake was something I had never seen before.  It was perfect.

One more thing that sent this evening over the top:  it was all done locally.  The beef came from Brimfield, the cake from New Braintree, and  to the venue itself in Fiskdale; the entire evening was a local event.  No commuting to the city for a world class meal.  No, we traveled a rural mile from house to table.

Thank you Dakota, and Dan, our server.  Thank you to our busboy,  whose name I never did get, and I feel horrible for not asking him. He was very attentive the entire night.  Thank you to Chef Rico, and to all at Avellino's for a marvelous night.

There truly is no place like home, and after last Friday night I have one more amazing reason to to add to the bucket of reasons I already have that say I am glad that our home is in Sturbridge.