Over Packing The Caution Duffel

I do realize we are treading on new ground, and I also know that caution is always something one wants to pack on a journey like this.

I think the town has over packed the caution duffel a bit.

There is a difference in being cautious for all the right reasons such as protecting oneself, and others, from harm, and protecting others from exposure that one believes to be a negative environment.  Humans have a tendency to protect one another from lots of things that are not harmful except in the mind of the beholder.

I am referring to marijuana dispensaries.  Recently, Sturbridge selected two sites for marijuana dispensaries in town.  One in the east end of town in the manufacturing zone on  Route 20, and the other in an other manufacturing zone on the west end of Route 20.  One of the reasons these areas were selected is that they would not impact residential areas, and that the town has deemed them to be "manufacturing" as opposed to agriculture.

First of all, marijuana dispensaries are not Methadone Clinics.  Marijuana dispensaries dispense medication, on a physicians order for the treatment of a wide variety of conditions.  The list is too numerous to list here, but can be viewed by hoppin' on the Google, or by clicking here.

People that go to a marijuana dispensary are those that have most likely tried other treatments for their condition, and they either did not work well, or at all.  Marijuana was just one more thing to try, and for many, it worked well enough to continue the treatment.  The evidence is clear, and as a result more states are allowing the dispensaries to set up shop within their borders for their residents.

The commonwealth will allow only two dispensaries for Worcester County, and both of them will be in Worcester, but we have to allocate an area inside Sturbridge for dispensaries in the event more are allowed in the future. 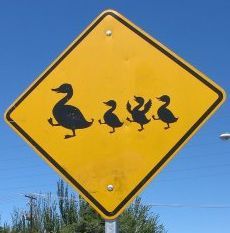 We don't manufacture corn, or blueberries.  Marijuana is grown as well.  Regardless, the areas were also selected because they are not  in residential, and commercial areas.  Besides the zoning requirements, I don't see what harm a medical dispensary, or pharmacy would have in a commercial area.  People that use the dispensaries are those that have a valid reason to do so.  They also use Rite Aid for similar reasons which are in commercial zones.  Everything from Penicillin, to Digoxin, to Oxycontin, caffeine, L-Dopa,  Vincristine, Nicotine, Atropine, and on and on are derived from plants, and are sold in pharmacies.

We are moving forward, cautiously moving forward.  This is a big deal for residents of Massachusetts, and Massachusetts is just trying to keep it's Marijuana ducks in a row, and although a valid statement, it does give one a visual worthy of a smile on this Sunday morning.