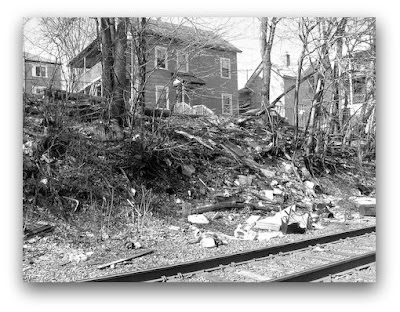 When I was a kid, sometime around the age of ten, I became aware of just what litter was. No idea where the heck it came from, but I was able to identify it on the street. Thank Lady Bird Johnson for that.


The First Lady's campaign to Beautify America was massive. Anti-littering PSA's on the radio and TV, planting wild flowers along the nations highways, and removing the thousands of billboards that lined those highways became just a few of the areas that she promoted vigorously. In the mid 1960's that campaign naturally fell into the Earth movement that followed in the late 60's, and early 70's.


Litter was everywhere back then. It was a cultural thing to toss anything and everything out the car window. Paper, cans, bottles, tires, furniture, abandoned cars lined our roadways. We had grown up with things looking that way, and for most of us kids, we knew no different. For most of us, we didn't even notice it.

Then came the Litter Bug ads. "Don't Be a Litter Bug" was the catch phrase used in all of the ads. Suddenly, for us kids we began to put two and two together. Litter was bad. Messing up the roadways was not nice. We could barely keep our rooms clean, but we soon became the pain in parents rears that Lady Bird hoped we would become. We became nags.


"Daddy! You threw your can out the car window again!!", we'd scream. And, if we ever pulled alongside a police car we'd be sure to share the event with them as well.


Over time, we began to learn, behaviors changed, and the roadsides began to look better. A lot better. The next generations saw the land much cleaner than we had grown up with, and with the continuing of the anti-littering PSA's, and the change in how society looked at trash, it was natural to keep things looking good.


Somehow, in recent history things have changed. We've gone back in time. Litter has come back. I'm talking more than the occasional can, or fast food bag, I'm talking about anything that can be carried in a car or on a person being dropped on the ground. Maybe it was complacency. The problem improved so much that it wasn't in our faces anymore.


We dropped the ball.


On my lawn I have picked up cans, lottery tickets, car parts, truck parts, a bicycle, condoms, cigarette butts, newspapers, junk mail, bottles, plastic bags, fast food bags, wrappers, and french fries. All flung from cars and trucks driving by, except the bicycle. That was just pushed over the wall into the stream.


It's time to amp up the education again. The litterbug commercials are long gone, but we need to bring them back. Start in grade school, and re-educate the kids. While we attack the problem on that front we need to re-educate the adults as well. Litter Bug coloring books won't work for them, but new Do Not Litter signs with the maximum $10,000 fine printed on them would be a good things for the older ones to read. Then we enforce it. It will take some extra time, some extra effort, but it will make an impact.


So, we start with education, posting No Littering signs, and enforcement, then come up with an idea on how to clean up and maintain what we have here in town. More trash barrels spread around town, and at public places would be a place to start. I know, the DPW is taxed enough, but the only other alternative would be to hire a private company. Which is better, which is best?


Another thing to do is to form a committee. I know. Another committee? Yes, an anti-litter committee. Check out the links listed elsewhere on this page for some ideas. The city of New Bedford took on the challenge in a unique way. The Adopt a Highway program, through the Mass Highway Department, would be one thing to consider for our state roads. Maybe the Junior Class at the high school adopting 2 miles of Route 148 to maintain, or a local church adopting a part of Route 131. For those areas in town that are not state roads, but need some attention, the town could begin its own Adopt a Roadway program. Smaller areas would attract more people to volunteer, and if you mark the area with a swell sign, it would be great.


A volunteer program would free up the DPW for more DPW type things.


Just some thoughts. If you feel the ideas could fly, then click the little envelope at the bottom of this post, and send it to someone you feel could make a difference.

"Littering on or within 20 yards of a public highway, or upon public land or coastal or inland waters, is a crime for which violators may be fined up to $ 3,000 for a first offense and up to $ 10,000 for subsequent offenses. The court may order the person to remove the litter at his own expense (Mass. Gen. Laws Ch. 270 § 16). Alternatively, Massachusetts law authorizes law enforcement officers who witness littering to order the individual to appear in court to pay a non-criminal fine. Fines are $ 20 for the first three offenses committed in a calendar year and $ 100 for subsequent offenses within the calendar year. Anyone who fails to pay the fines is subject to criminal charges (Mass. Gen. Laws Ch. 270 § 16A). In addition, the registrar of motor vehicles may suspend for up to seven days the driver's license of someone who litters from his car, or who knowingly permits others in his car to litter (Mass. Gen. Laws Ch. 90 § 22G)." Source

NOTE: The above photo was not taken in Sturbridge.