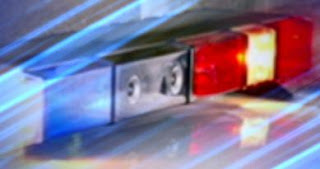 I saw something yesterday that I rarely see here in town: a police cruiser lying in wait on Route 20.

The cruiser was in a place that was off the road, but gave a good view of the traffic coming from both east and west. It was a great deterrent.

Growing up in Medfield, we learned very young that if we ever had the opportunity to drive a car out of town that the Town of Sherborn had a serious issue with speeders and other offenders. For a small town, the police were everywhere, and they did stop anyone that had the slightest violation.

It was an industry for them. Sherborn had no industrial base, a few small stores, and one gas station. Tax money came from the landed gentry, and there were a lot of them. Horse farms, and large spreads filled the town coffers with tax dollars, but it was obvious that additional funding was garnered from the passing out of traffic tickets like cigars at a birth announcement.

As teens, we didn't like it. We tip toed through the town. Inspection sticker up to date, registration current, lights and turn signals functioning, and our speed at, or below the posted limit. This was imperative. A couple of tickets could cripple a teen for months. the police seldom lost a case in court, and those that were caught were wrong. Rarely a shady, or wrong call here.

The placing of electronic speed boards are an informative, passive way of enforcement, if they enforce at all, but the site of a cruiser on the side of the road with an officer holding a radar gun pointed right at you will give you pause. It's a memory like touching a hot stove--won't do that again.

If you sneak a cruiser of to the side of the road in some police like lair, that works, too, but you need to do it regularly, and pop up all over the place to make a difference. Yesterday was good.

Traffic control in most towns is pretty straight forward. As time goes on, the population increases, and the number of cars on the road grows, the needs of the town for increased safety change as well. All part of a growing, thriving community. I, like many don't like a lot of traffic lights, but there are place where they are needed.

The traffic lights in front of the town hall have been around since Rout 15 spilled out onto Route 131. They were needed there. The remainder of the lights in town came with the expansion of Route 20 twenty years ago. the traffic lights in front of Hobbs Brook came as a condition of building the plaza and the lights at the beginning of Route 148 and 49 are there because they are at the intersection of two state highways.

These are just the places that need lights immediately. There are several other places in town that yellow, flashing caution lights are needed on bad curves, and narrow roads as well.

We are very fortunate to have an excellent police department here in town. That with the fact we also have a State Police barracks as well give us all a level of protection that many towns do not have, but it takes more to make us safer. Things like traffic lights and proper speed limits, better, and more crosswalks, improved road signage, and more sidewalks for pedestrians. Traffic cameras are another thing, but more on that at a later time.

Next time the Board of Selectmen meet, call up and question them regarding the need for more lights. Write the local papers and express your concerns, and don't be afraid to chew the ears off a selectman when you run into them at WalMart.

Remember, any idea can be a decent thought, but unless there is support for it, things will stay the same.

We can't grow very well into the new century when our infrastructure is stuck in the 1970's.

Comments are now closed on this post.
Scribbled by Wally Hersee on Thursday, August 28, 2008