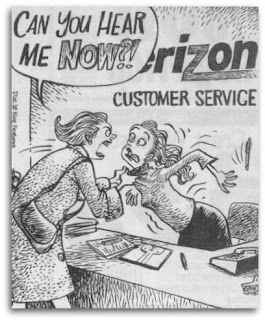 Back in the 70's when cable TV was becoming the "next big thing", towns were caught off guard, as was the legislature. As a result, each town has a contract with a particular cable company. Some towns have their own, like Shrewsbury, but the majority are stuck in an endless contract with the devil. Deals were made in the beginning, and companies supplied equipment, studios, and technical training to the towns for the towns use. Public access stations were then more easily accessible, and schools had another way form of communication for the students to explore for free.

Try to get your local cable company to add an other channel that you would like to view and it is like passing a kidney stone. Rates are expected to rise over time, but they have risen to an outrageous level just for a basic subscription.

As a result, the town is trapped. The contract is binding, and if another company did come in, it would be more of the same. Huge presents up front, special rates, more programing, and then more of the same.

Technology has advanced so far, and so fast that the next time cable service comes up for serious discussion in town I think it would be good if the subject of a town owned, and operated venture be explored. It would also be another source of revenue. Money is a good thing for town.

Another service that has come far over the past several years is cell phone service. When I first came to town a few years ago reception was very poor. My service was dropping calls on the Town Common, Fiskdale, and that stretch of Route 131 just past Dunkin' Donuts to the Southbridge line. Well, service has improved with the building of more towers over the past few years. I rarely ever drop a call now.

Except at my house.

I live in a dead zone. I had Sprint for years, but changed over to Verizon last September since Sprint had customer service department that seemed to have all gone to the I Could Give A Rats Ass School of Public Relations. Verizon customer service is somewhat better, and their coverage is supposedly better (Can you hear me now?), but I still have to go out onto the back steps to use the cell phone. This is not fun in January. Or, in the rain. So, I still pay for a land line, and a cell phone. Verizon sent me a standard email when I expressed my concerns and disappointment in the service stating it was only happy if I was happy, and if I was not happy they were bummin', too. No resolution, just an outpouring of emotions.

Several months ago I checked the Verizon coverage map online and right where our house is is a small white rectangle indicating no service, and everywhere else is red indication excellent service. Go figure. Yesterday I checked the map again, and the white rectangle was gone. Strange. My service is still horrible.

So, when I see those Verizon commercials on TV about their being no dead zones in their network, I laugh, and then swear at the TV. Funny, they can't hear me.

Technology has sure changed in the past decade, and in the next ten years one can't even imagine what changes will be waiting for us.

I can see it, though. By then, land lines will be history, and I will be sitting on my back step, on my cell phone, in the rain, and on hold with my cable company trying to fix some outlandish charge on my bill.

I can see it all as clearly as if it was today.
Scribbled by Wally Hersee on Wednesday, August 13, 2008