I Walk The Line 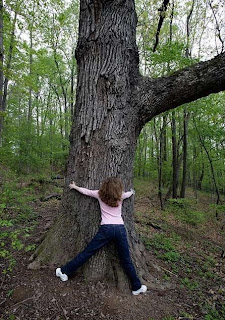 When I came out this way back in 2000 I fell in love with the area immediately. Not only the landscape, and the people, but the fact there was TWO supermarkets in town, TWO Dunkin' Donuts, a JC Penny, Linens & Things, a Wal*Mart, Old Navy, Pier One, a shoe store, Marshalls, and a Sherwin Williams Paint Store.

For a small town of under 10,000 people this community had so much going for it. I didn't have to jump in the car and drive 10 miles out of town to shop for a tie and dress shirt. I had a choice of food stores. I could grab a cup of coffee no matter what part of town I was in, and still the town had that rural quality that I grew up with, and had been missing for so many years.

Around the time I first settled in, a friend of mine told me about the hard times Sturbridge had a few years earlier. She had been a member of the Planning Board, and said her time on that board during the late 90's was one of the hardest, most exhausting times she could remember.

It seems there was this group in town that were very much against Wal*Mart coming to town. The character of the town would change, and many of them were against the way Wal*Mart operated. Understandable. I don't like many of the things that Wal*Mart has done, and been accused of doing over the years either. I do like convenience, though. And, in the court of public opinion, when accused, Wal*Mart does scurry to make good, and at times they succeed.

This anti-Wal*Mart group was dubbed "SOS'ers for Save Our Sturbridge. Most were described to me as folks that would never shop at a Wal*Mart anyway, and felt that a large shopping plaza would ruin the small town appeal of Sturbridge. They were eventually labeled preservationists, tree huggers, crunchy-granola types. A large rift developed in town. Then it went away. Wal*Mart was built as were other stores and restaurants in the plaza. Many of those that opposed the building of the store can be seen shopping there now.

The wounds had healed.

Or, so we thought.

Over the past few months there has been a lot of name calling in this town. As the moderator at the Town Meeting stated, folks are passionate in their positions here in town. He also warned that he would not take any nonsense at the meeting, and if there was any, he had the power to have those that got out of line ejected, or even arrested. Sad state of affairs when a warning like that must be given at the beginning of a Town Meeting.

He didn't mince words. The Town Moderator was then placed on my Top Ten List.

Now, I am by no means what they refer to as a "SOS'er. Quite frankly, I wouldn't know one if I fell on them, but I'll hug a tree more often than not, stop my car on Route 2o to let a turtle cross, and I more than enjoy the walks Mary and I take on the trails in town. I've written a great deal about how much I enjoy the way of life out here in Central Massachusetts, and since I work in Boston, I can see, and feel the difference better than most. That being said, I am also not against growth if done in a planned, well thought out manner, and we don't destroy what we have.

If Bob Kraft didn't scoop the Bass Pro Shop folks for his Patriot Place in Foxboro, I'd be all for them coming here to Sturbridge. Maybe a huge L.L. Bean, or Kittery Trading Post Annex would do well here in town. And, why not? If planned right, placed right, and marketed right, a large business could fit in very well, and we could still maintain our way of life.

What I do have a hard time with is sprawl. Residential sprawl to be exact. Large housing developments of similar styled homes with no character, no trees, and little to offer other than bedrooms. That style was from the 1960's. We are far beyond that today

For 25 years I lived in another town in Massachusetts. When my house was built in 1975 the town still had much of its agricultural roots still in place. There were miles of meadows, and forests. There were some developments built during the late 1950's and some more in the 1960's, but not many house were erected. The 1970's saw a bump in the number of homes built. Mine was one of them. There was a wonderful farm out behind my place. I often said that when that place went to a developer it would be time to leave. It was purchased by a large New Jersey builder in the 1980's and soon the meadows were gone, the pastures and horses gone, the woods gone, and the old farm house and barns, all gone.

The 1980's added hundreds and hundreds of homes to the town. For several years the town had the most building permits issued for any town in the entire state, close to 500 per year.

The town changed quickly. Builders were given special treatment. Closed door deals were made, and the town lost it who it was. It became what Framingham was in the 1960's. Over built with no end in sight.

Based on what I've seen happen elsewhere, I don't want to ever see it happen here in Sturbridge. We have so many bright, sharp individuals here in town that are able to walk the line, and make good decisions. They may be pro or con on a particular subject, but they stand behind their opinion, and don't resort to sophomoric behavior. And, above all, they will listen to an opposing view, and take it under advisement. We are very fortunate in this regard.

So, where would I stand in this morass of acronyms? Am I really an SOS'er? I don't know. First, I'd have to actually meet one to be sure, and learn the secret handshake and all, but this I will share with you, I like trees. I can't wait to hear the peepers in the spring, I enjoy sitting by a pond and watching the turtles sunbathe, and I will support any cause that is designed to save those moments for our children.

On the other hand, I am for growing our town to meet the needs of its residents, too. I can walk a tightrope very well. Thoughtful, planned out growth by both sides is key. No other way to do it.

In the meantime, I'll support the best ideas and plans of those residents, no matter what acronym they fall under.

Now, if you'll excuse me, there is a Maple in the yard that needs a squeeze.
Scribbled by Wally Hersee on Tuesday, May 06, 2008