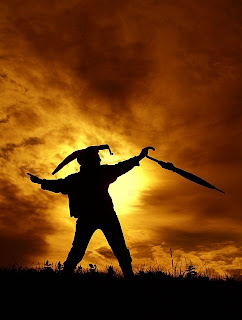 I like music. I guess I am no different than most people. I come from a fairly musical family. My Dad taught music for over thirty five years, and my brother is a talented guitarist. My sister teaches music as well, and sings with the BSO as part of the Tanglewood Chorus.

I can play a tin whistle. Sometimes. And, Mary lets me sing to her in the car. Softly. Actually, just mouthing the words, but I do it well.

No matter though, I still love to listen to music. Instrumentals are great. The older ones like Harlem Nocturne , or Stranger on the Shore can relax me better, and longer than most hypnotics.

But, most of all, I like lyrics. Francis Scott Key wrote the Star Spangled Banner as a poem the day after the Battle of Baltimore in 1814. The words he wrote were his description of his first hand observations of that battle, and its aftermath. It was not written by someone in a drafty hotel somewhere with no clue as to what lay outside their window. He was there. He saw the battle, and he felt it.

Puts the words in a different perspective.

O beautiful, for spacious skies,
For amber waves of grain,
For purple mountain majesties
Above the fruited plain!
America! America! God shed His grace on thee,
And crown thy good with brotherhood, from sea to shining sea

The above words were written buy Katharine Lee Bates in 1893. She was on a train trip cross country from her professorship at Wellesley College. She was inspired to write down her thoughts, and observations, after a trip to the top of Pikes Peak in Colorado. Her story is inspiring, and when one discovers just how those words came to her, and how well they were chosen, it adds a different dimension of meaning to that song.

Some lyrics are just a way to add a rhythmic noise to a beat. No meaning other than a sound. That's OK, if I can dance to it. Music, as Dick Clark says, is the soundtrack of our lives. I like that. I always seem to have a song in my head. From the theme song to Sesame Street, to something by Cold Play, something is always setting the mood. The slightest thing can prompt a new song.

The lyrics of a song can cause a great deal of thought, and wonder. The Beatles were able to do this very well. I am a Beatles fan. Always have been. I enjoyed their evolution over the years as musicians , and writers, and their music has always caused me to think, remember, question, rally, or relax. I have to admit, some of their lyrics still have me stumped as to their true meaning, but until I can finally translate them, I enjoy them as they are. Other things in this world that have become clearer to me as I have grown older, and lyrics eventually do as well.

Today, one of my favorite Beatles songs came to me, and after 40 years, I finally understood. Don't know what sparked the epiphany, it doesn't matter really, but of all the songs, and all the years, this is the one that decided to click. Things make more sense today, than they did yesterday.

Alone on a hill,

The man with the foolish grin is keeping

But nobody wants to know him,

They can see that he's just a fool,

And he never gives an answer,

But the fool on the hill...

Damn, there it goes again.