As a result of a recent posting, this blog, a usual respite from the anger seen on other sites such as in the comments offered at the Worcester Telegram site, was inundated with angry, hurtful comments. It became such an onslaught, that I had to pull the plug on the comments. Comments no longer served a purpose other than to inflame one another, and this is not the place for that. What was done was to offer the other side of the discussion in full since we have been hammered with one side since the beginning. When that was done the other side became irritated, and lost control of their words. I will not share those comments left to be posted. If I did, it would prove beyond a shadow of a doubt that those that wrote them were not of their right mind when they wrote them, and considering that some actually signed their names, it would prove an enormous embarrassment to them once the dopamine wore off. Instead, I will post a piece I wrote a little bit ago, because...

It is time to end the madness.

For a little over two months I have shared my thoughts, my ideas and dreams for the Town that I have grown to 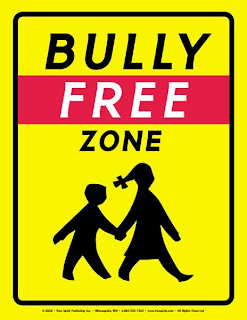 love, and care very deeply for. It is not just the land, the history, or what the town offers its residents, it is the people of this village.

With any group of people there are those that one admires, those that blend into the scenery, others that one will disagree with, and still others that cause such a ruckus that one can not help but not like what they do.

They make us uneasy. They ramble, and make accusations based on their version of truth and integrity without taking into consideration that their method only burns the bridges they are trying to build. They attack, and when confronted, offer "evidence" to back up the "truth" that they espouse. They display a mash-up of words and images proclaiming their ideas, and except for the rambling, disconnected torrent of words, nothing is original. They purposefully hurt others. They will use words like integrity, but surround it in quotes.

They serve no social purpose. They can easily be labeled misfits, and as I said above, every group has them. Unfortunately, they come with the territory.

They take sides, mostly for the wrong reasons, and sometimes take the better side, but again, for the wrong reasons. They lash out, or set in motion little "time bombs", and then sit back and wait to see the fireworks. All in the name of some self righteous crusade they have chosen. But let me make one thing very clear, crusades are fine, if the mission is good, and one does not burn and pillage along the way, and loose sight of the cause.

They thrive on the madness they invoke. They eat, and sleep, and sit awake thinking, planning, and designing their next move. The disorder they cause is the thrill, not the improvements they say they seek. That would run counter to their purpose. If things changed as a result of their ravings, they would be disappointed, and would change directions and then step up their actions a notch.

The intent of their initial purpose may have been a good one, but somewhere in the course of things, their thought process became skewed. No one can say that they are for truth and integrity when they bend it, and have shown that they lack integrity themselves. They quote the First Amendment, and hide behind it, and unless they become threatening, there is little we can do to silence them. It is like the events in Skokie, one has to allow it, but one doesn't have to acknowledge it.

When chastised, they become defensive, and place you on the "list". They use fear as a weapon. Good people fall by the wayside because they are attacked constantly, and it becomes a large part of their day undoing the damage caused by the bully. The harassing become personal. A vendetta.

One can stop the bully, but one can also "starve" them.

When a Broadway show looses its audience, it closes and fades away. When a bully looses his ability to cause mayhem, they do one of a couple of things:

To starve the bully one must ignore them. Totally. That means not acknowledging their ideas, or accusations verbally, or in writing whether or not you agree. No matter how much one is inclined to "set the record straight". No checking up on them to monitor their activities. Those casual views are recorded and even if you are passive in your visit, it still counts as a visit, and gives the bully a rush. You can not "feed" the bully.

We cannot wear ear plugs or blinders, that would shut us out from the rest of the world, but we can move on, eyes front, and take control of our lives. To focus our eyes front, we need to have a common worthy goal to guide us, or good person to follow. Getting all on the same page is the first step.

That being said, there is one way to definitely stop the bully. The only way that they will go away, is if someone, or someones, arrive on the scene that are stronger, more put together, and not afraid of the accusations, tantrums, ramblings, even when they become personal. Someone that will take the heat away from the others that the bully abuses, and thrust it back at him. Someone who knows the bully's weaknesses better than they do.

In the meantime, the things we can do now are to ignore the bully, and to remove the bully from his pulpit. Demand that the bully leave his position. It is not so much what the bully says, but the manner in which he says it, or shares it. The bullies opinion is their own, and they are entitled to it, but when it is preached to point that it causes others to fear him, and question what he may do next, then it is time to stop the madness.

He no longer belongs behind the pulpit.
Scribbled by Wally Hersee on Wednesday, January 30, 2008