I've shared my cousins letters from his home out in northwestern Massachusetts before. Just when I think I have the ideal small town life here in Sturbridge, he proves me wrong again. Here is his most recent correspondence.

Just wanted to drop a quick note to you and catch you up on the goings on in town.

Well, first of all Bob's House of International Kwisine Resturant down on Elm Street has had a bit of tough luck lately. The Annual Be Kind to Animals Day was going along just fine with the parade and all, comp 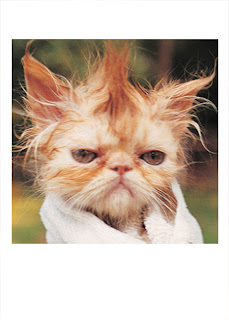 limentary pet treats and banners in front of all the businesses. Glenn's Barber Shop and Jiffy Lube had a fancy "Groom Your Cat" banner out front, and the sponsored complimentary cat grooming on the Common. That was a sight to see in itself, but the paramedics were excellent in responding, and the day progressed fairly well till the parade passed by Bob's restaurant. Outside the restaurant there was a huge banner declaring "Let us Wok your Dog". If Bob had completed the 8th grade his spelling would have hopefully been better, and his windows would be intact and his delivery van would still be upright.

Pearl Harbor Day was quiet, and most everyone in town had the day off except Merle Fleekum. As Merle says, "The Tree Wardens job is a 24/7 responsibility, especially over the holidays.". He kept a special eye on the rare Chestnut trees down at the asylum, and I can happily report to you that all the nuts are fine, thanks to Merle.

Down along the Route 7 overpass there was a commotion a few weeks ago when Timmy Boldruc and his grandfather were caught pee'ing on the folks driving in from Vermont. Everything would have been fine if it weren't for that convertible with the wedding party in it, and the photographer. 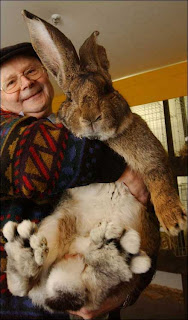 As you know, this area is known for its rabbit farming. From Belgium Long ears to French short hairs we are the Rabbit Raising capital this side of the the Connecticut River. The rabbit season is now coming to a wonderful end, and the annual dance will be held at the Grange. It's always an emotional time of year for those in the rabbit business, and I am sure that this years Hare Ball will choke up everyone in town.

Clevis Milksap opened a pizzeria down at the Four Corners. He said he had a great idea that would put the competition out of business. Seems he figured that instead of hand delivering each pizza order, he would fax them. Well, 4 fax machines later ol' Clevis was back tending to the Chestnut trees down at the asylum. To this day none of us here can figure out how a man with the I.Q. of a buttermilk pancake could get a business up and running, never mind being Police Chief.

Well, Cousin, I have to sign off. Nate Jarvis just called and someone put Crazy Glue on the brass pole at the firehouse. Seems we've got the whole department fly-papered right up to the second floor.

Well, it wouldn't be the first time.