Will Someone Turn on the Lights, Please? 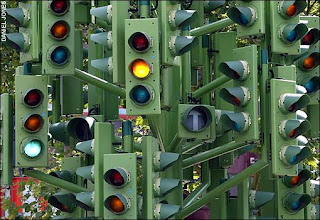 Now, don't go getting yourself all in an uproar. I'm just sharing a few more thoughts here.

Based on the reasoning one must assume the engineers gave to place lights at these spots, all necessary by the way, one would think that the same reasoning would have been used for where New Boston Road intersects with Route 20, and at Hall Road.

Two men died at the New Boston Road intersection a few years ago. Would a light have prevented the accident? Dunno, but it sure as heck wouldn't have hurt none. Try turning into New Boston Road from the east side of Route 20. It isn't easy is it? And, how about turning into Hall Road when you are westbound on 20?

There are a few other places in town that could use a flashing light, or a complete set of signals, but these two places are tops on the list, especially the New Boston Road intersection.

There. I said it. Traffic lights. I know, it isn't something we want, but we sure as heck need considering how Route 20 is built. I mean, it's four lanes wide! Every intersection should have a set of lights, and throw a set in in front of XtraMart while we're at it, too.

OK. I feel better. It's like gas sometimes. After you burp you feel so much better.
Scribbled by Wally Hersee on Wednesday, January 23, 2008